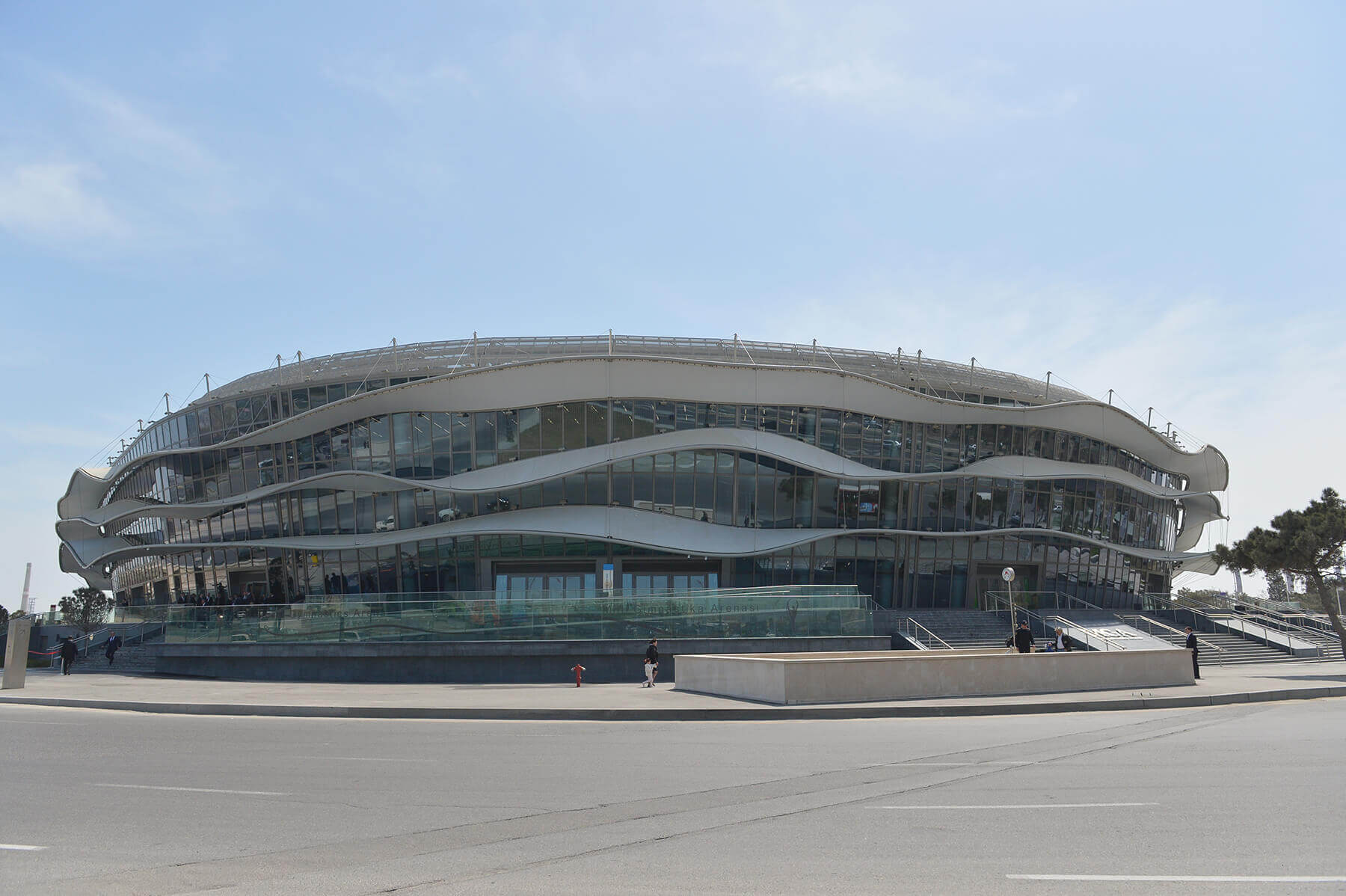 The National Gymnastics Arena in Baku started functioning on  April 16, 2014.  The  Arena is located in Heydar Aliyev  highway, near the “Koroghlu” metro station. The highway connecting Heydar Aliyev International Airport to the city is the main way of access to Baku.
The fa­cade of the building has a special form. One of the most important features that increase the importance of the arena, which is mainly designed for gymnastics competitions, is the fact that it can be adopted for other sporting events and competitions.
The gym consists of a major competition and auxiliary training parts. Depending on the scale of the competition, the number of seats in the arena can be increased from 5,000 to 9,000. The complex built in accordance with the international standards includes the press center, first aid station, choreography, fitness rooms, doping control rooms, administrative offices, shops, cafes, and other auxiliary facilities.
This sport facility, which is one of the best gymnastic complexes of the world, includes its own hotel, as well. 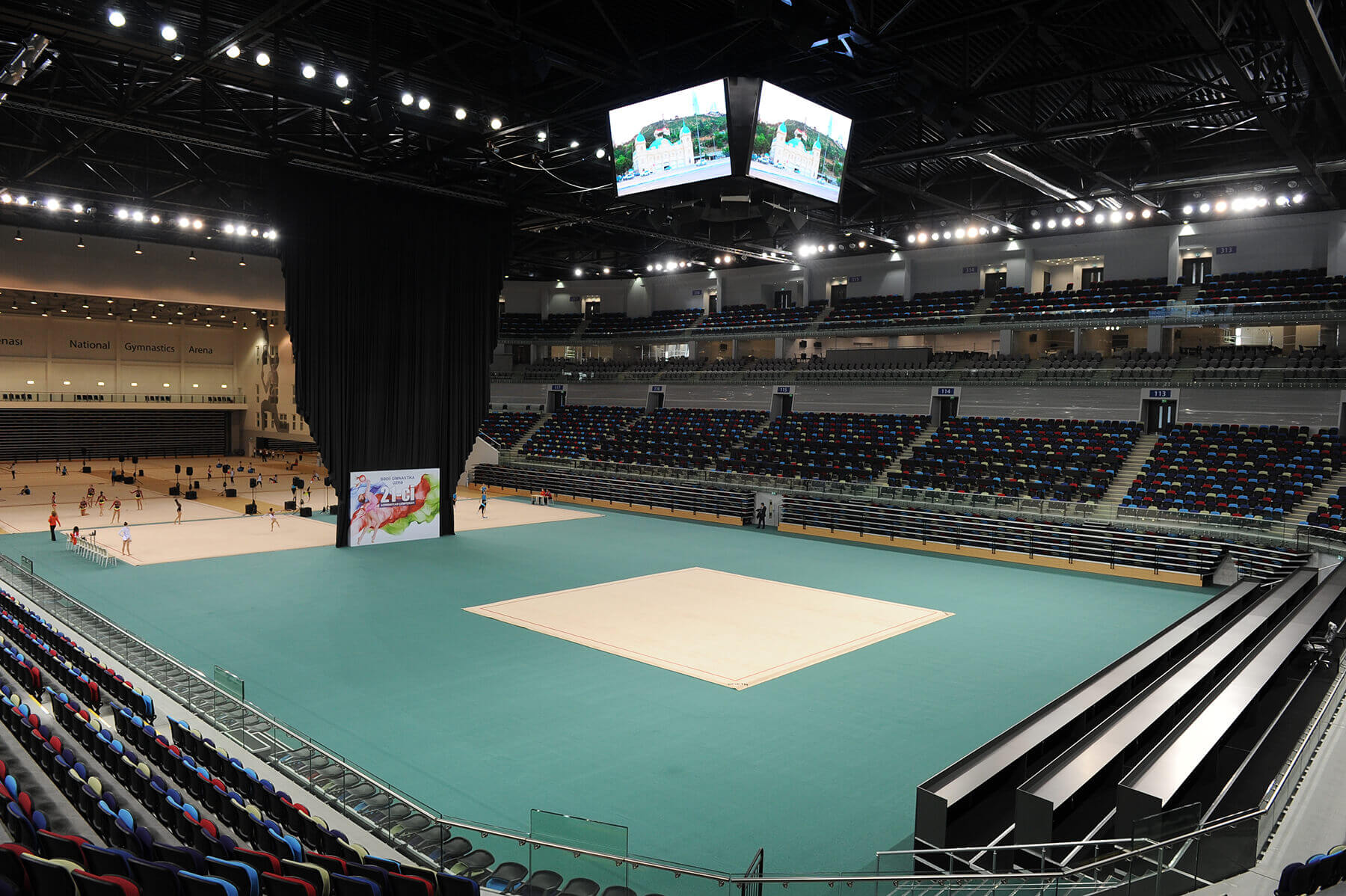 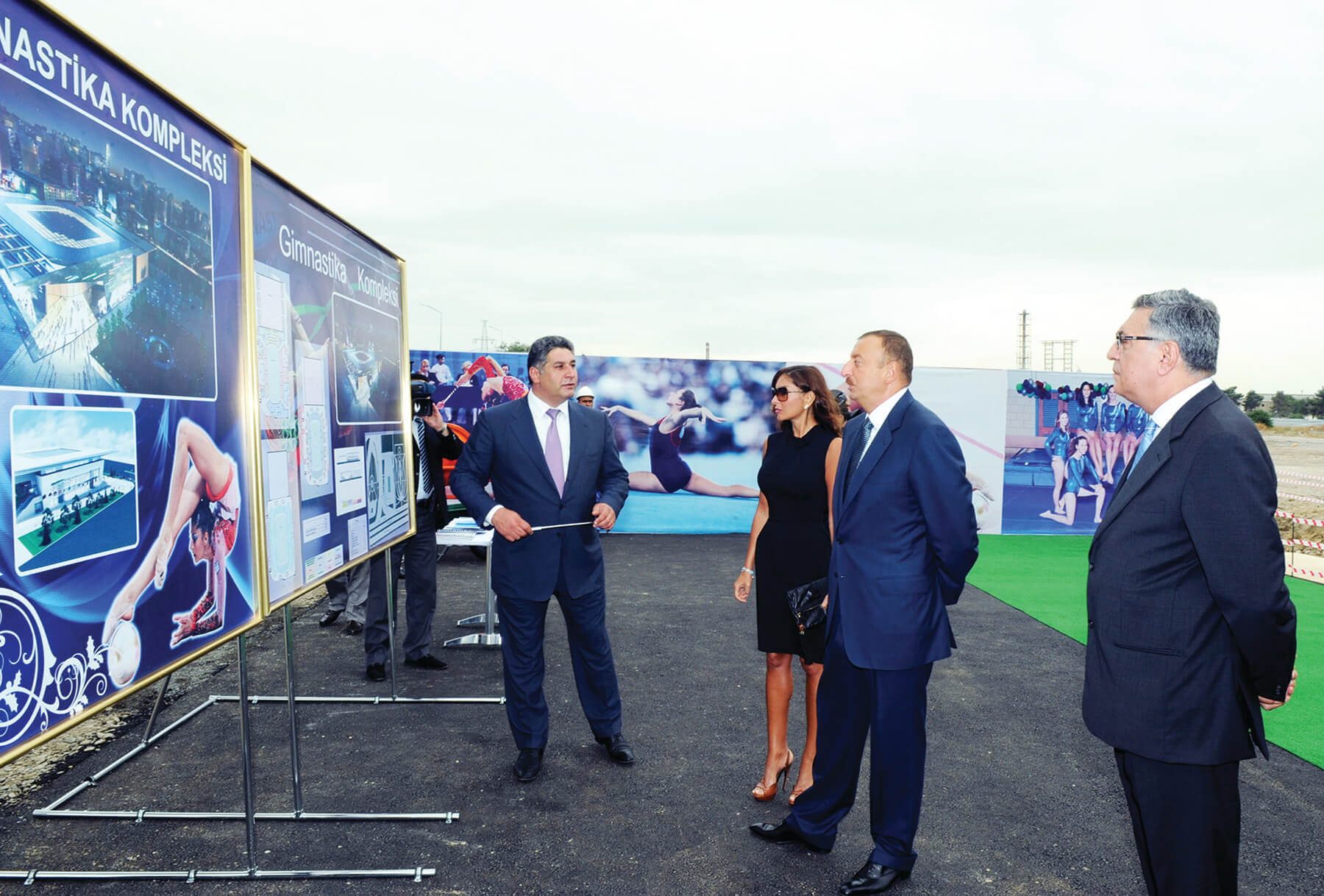 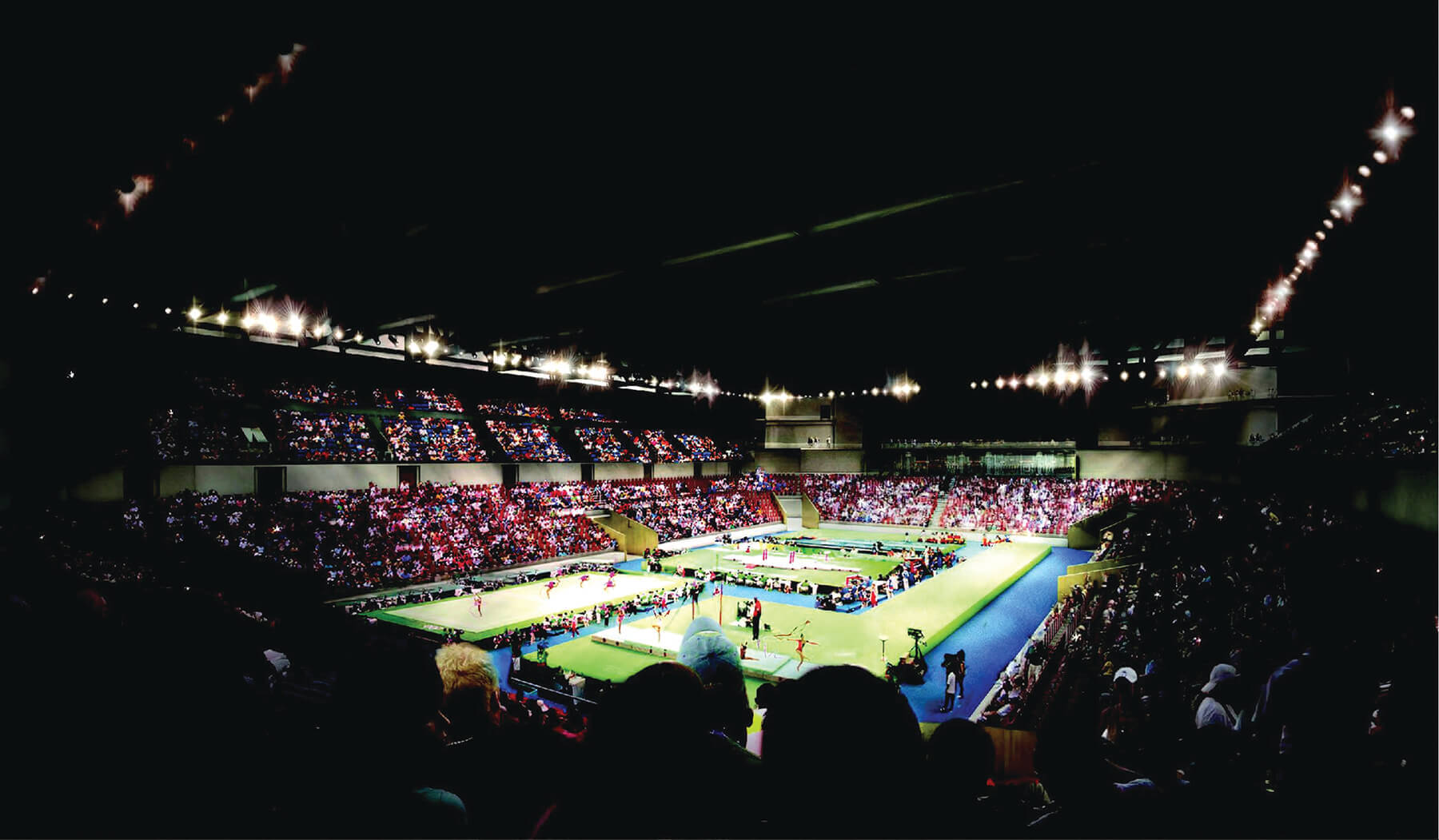 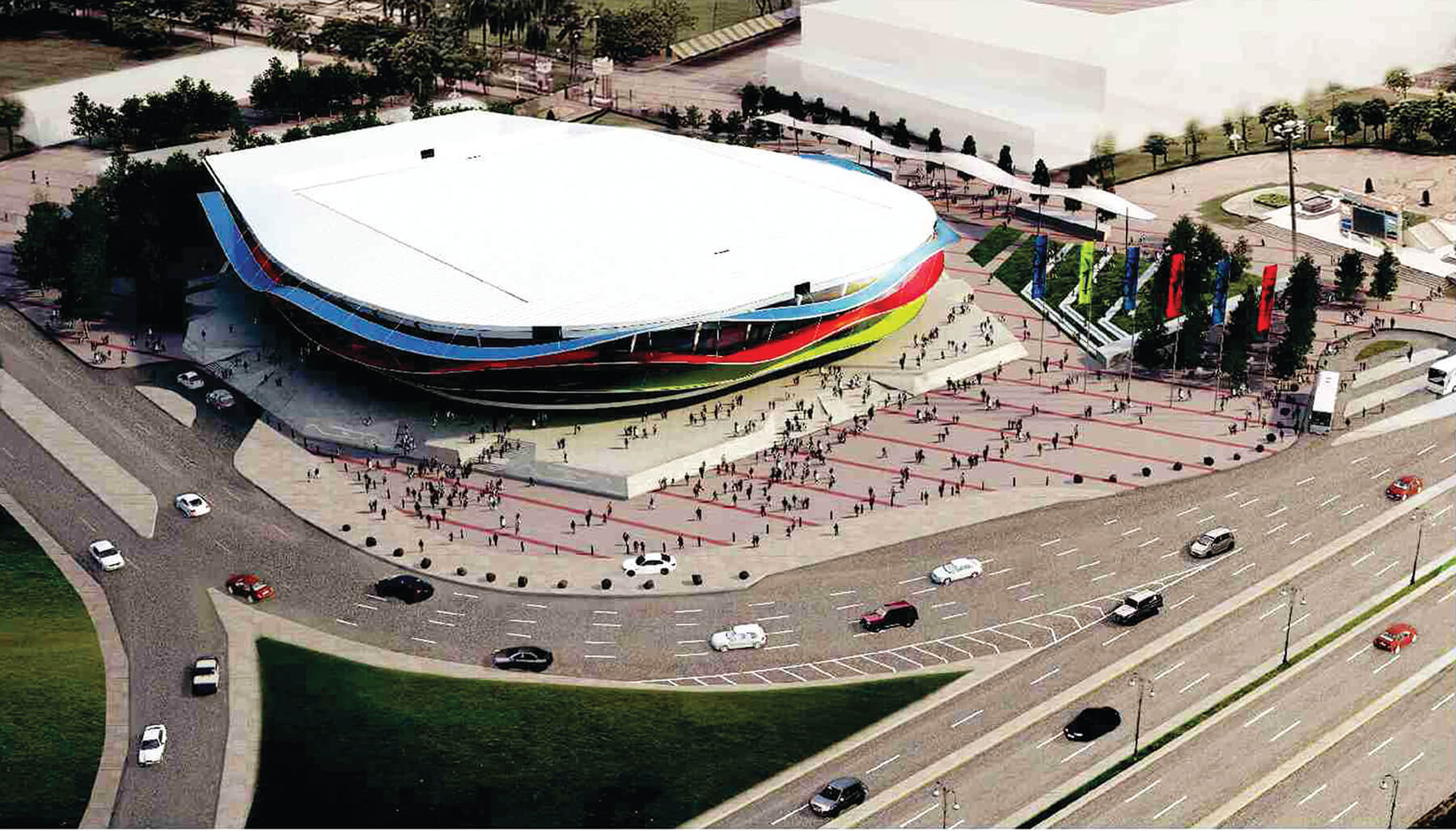 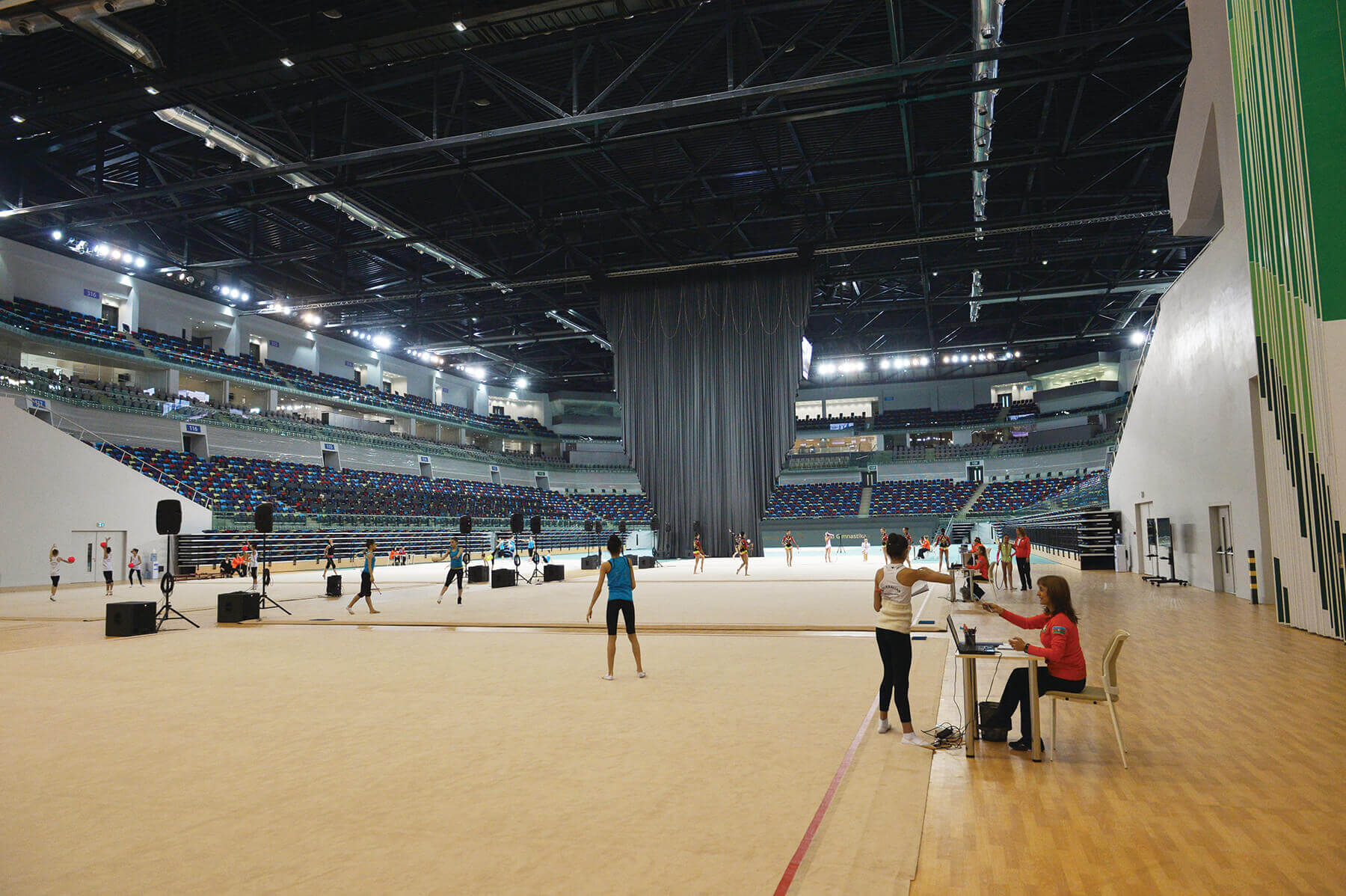 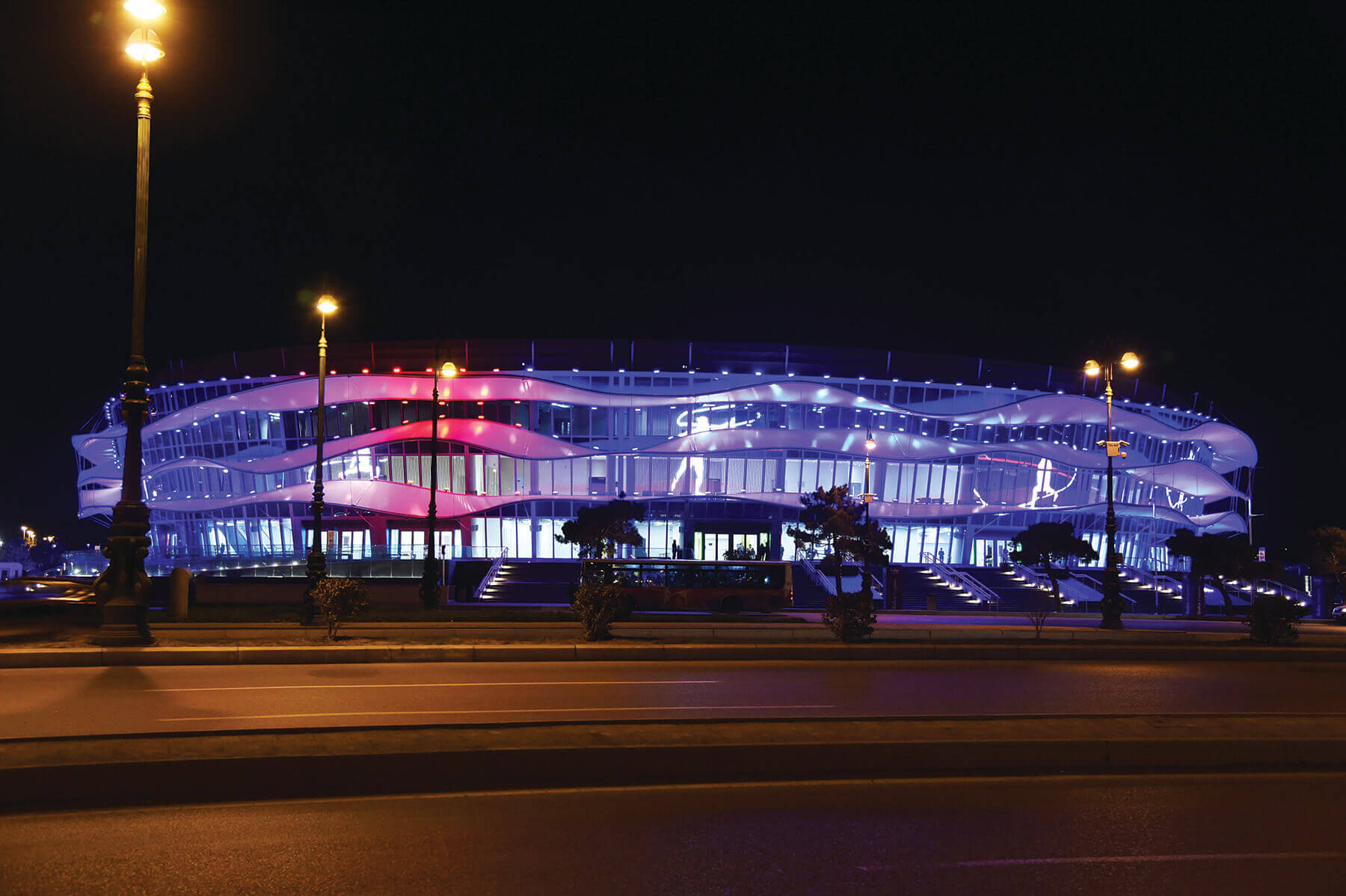