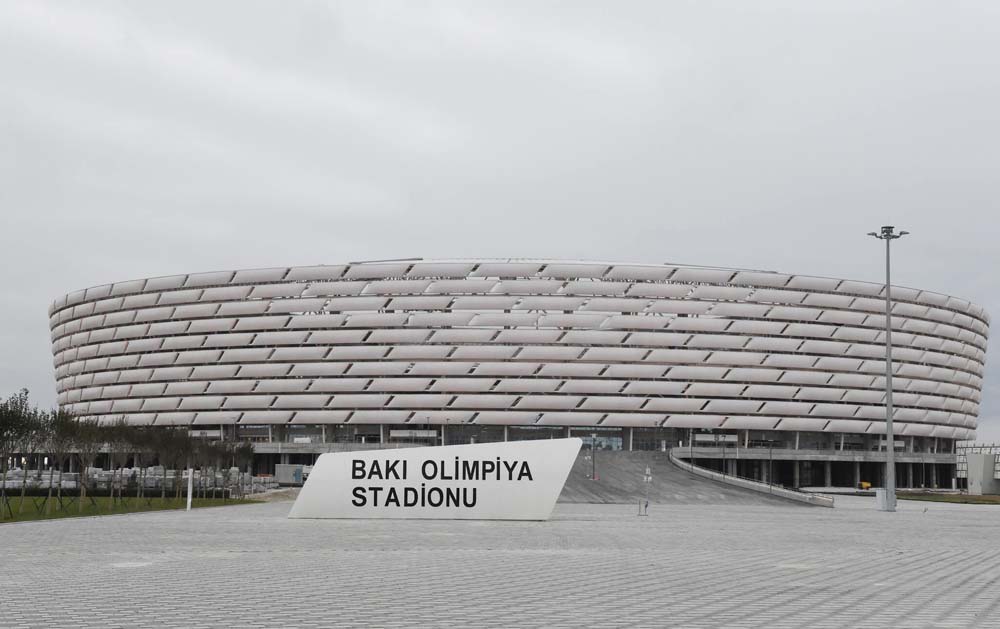 Baku Olympic Stadium was founded in 2011 and it started functioning on March 18, 2015. The stadium constructed in an area of approximately 50 hectares, with the height of 62 meters, consists of 6 floors. The pitch has 4 and the stands have 26 entrance gates. The stadium with the capacity of 68,000 seats is designed in accordance with Olympic standards to ensure easy access of spectators by public transport and on foot. Therefore, it includes a parking venue of 3,100 car places.

This huge sport facility is distinguished with modern architectural style, special beauty and functional availability. Multifunctional stands, running tracks and other infrastructure were established in the stadium that is in accordance with the international standards. The stadium, which consists of the main and auxiliary stadiums, as well as auxiliary building, includes sections for the disabled, VVIP, VIP, CIP and media.
The Opening and Closing Ceremonies for the First European Games, as well as Athletic competitions were held in this stadium. 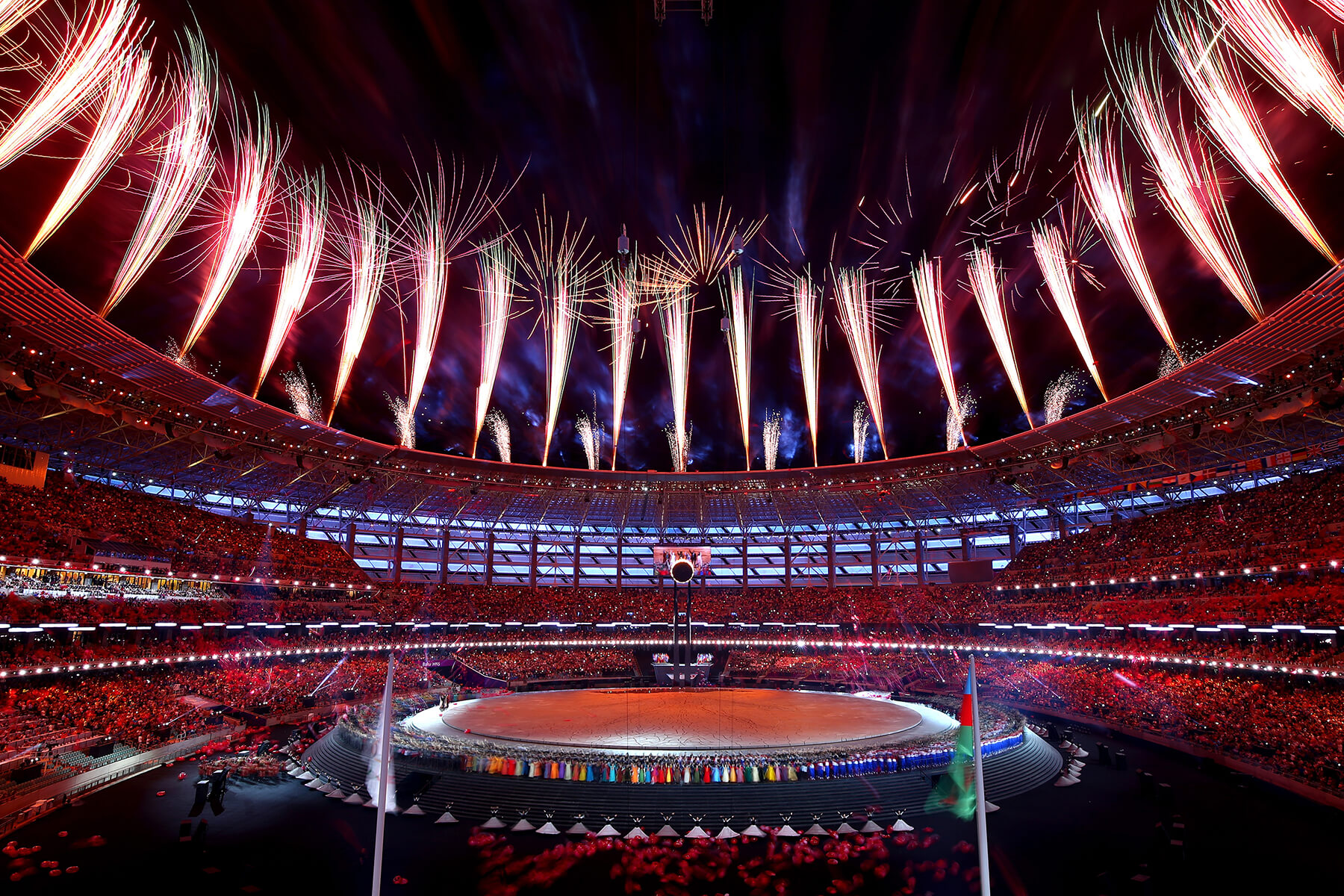 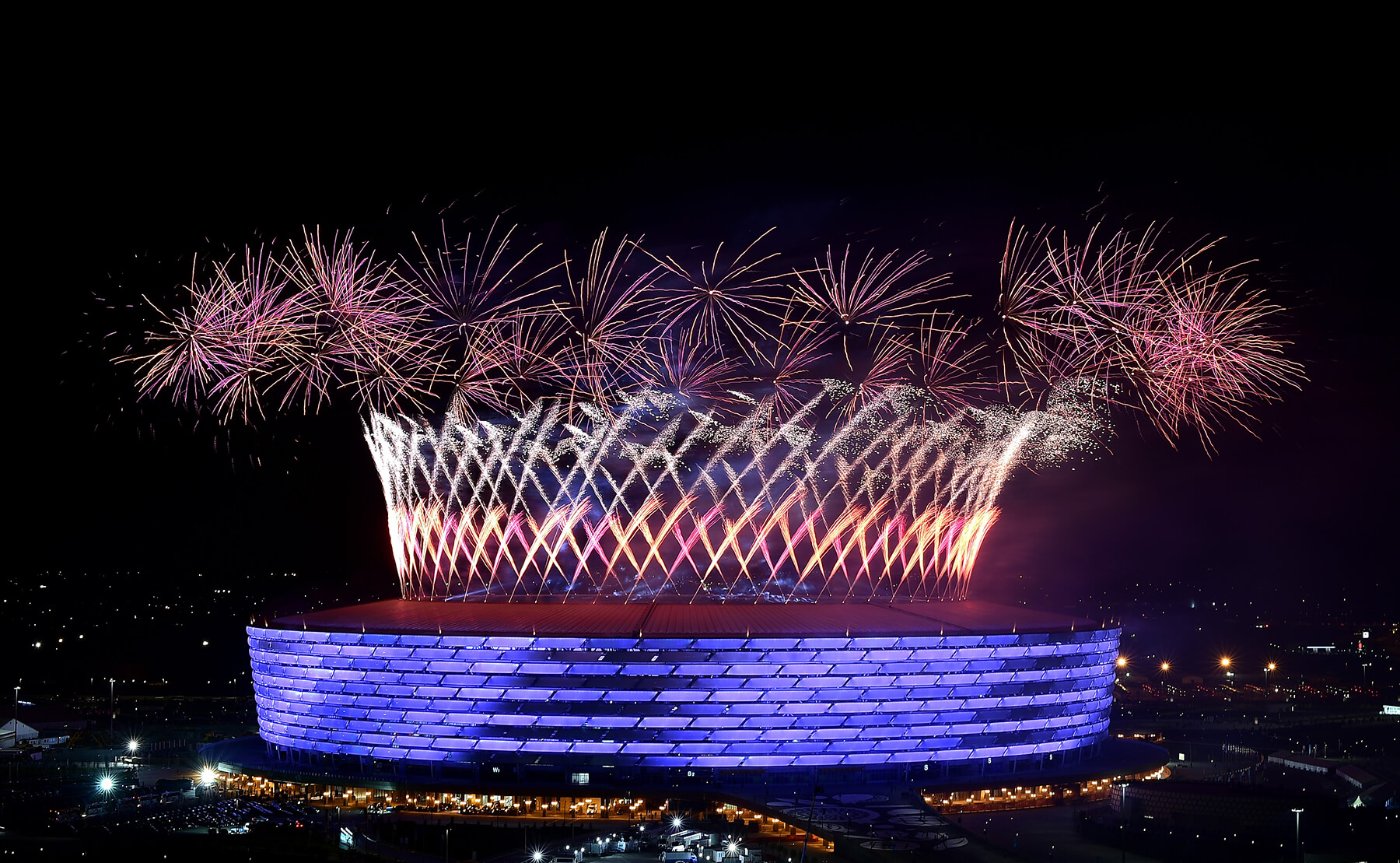 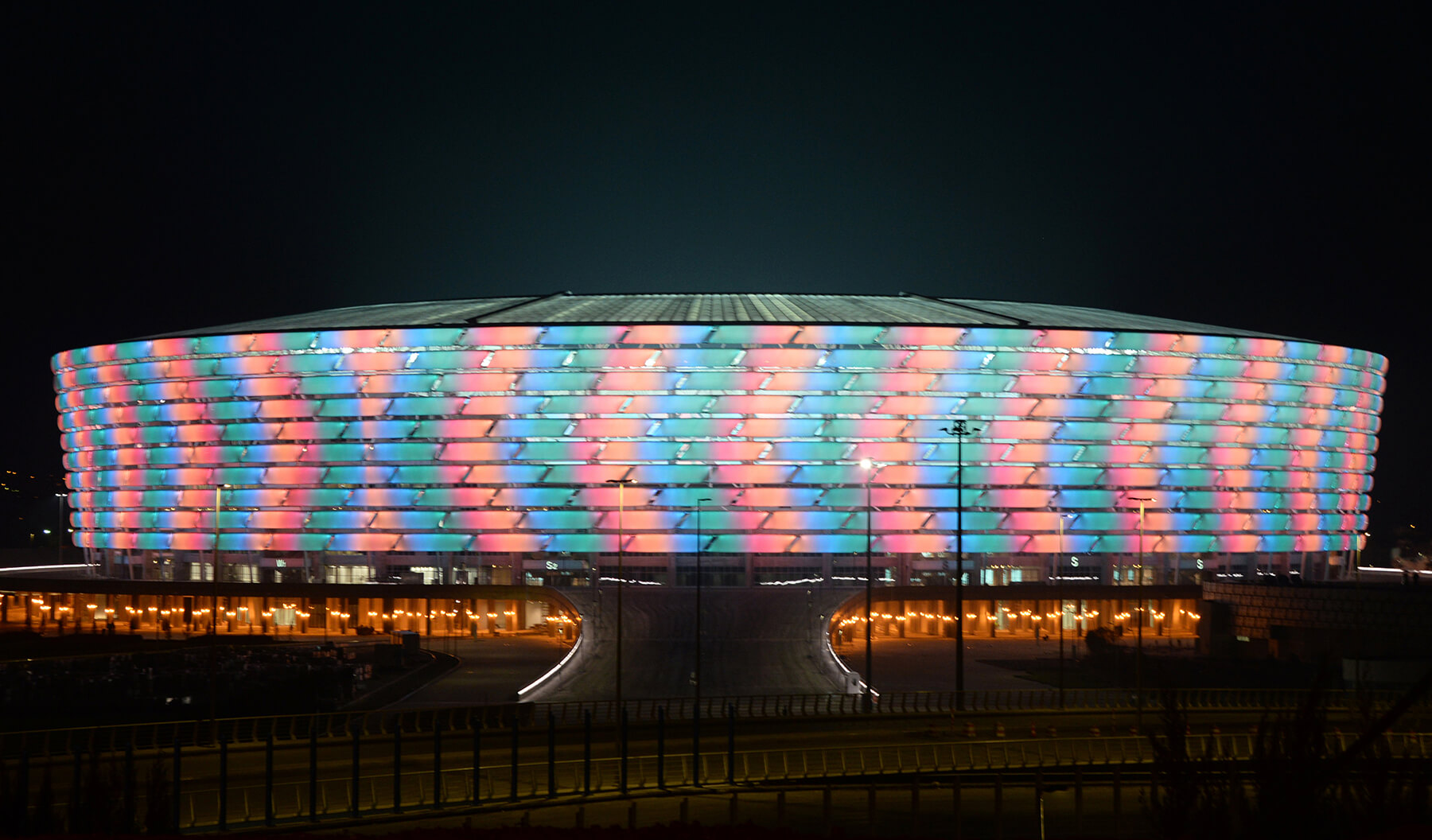 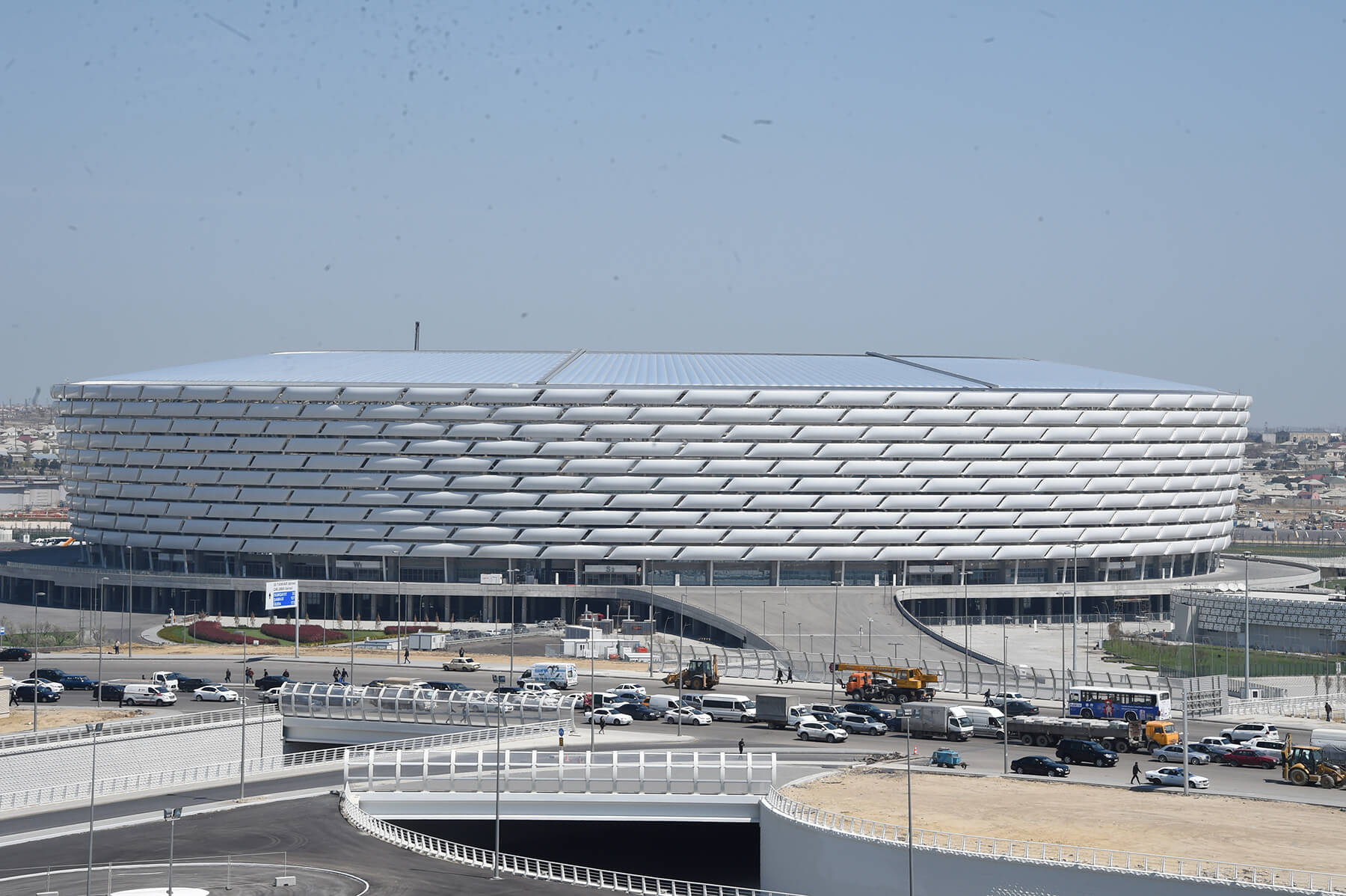 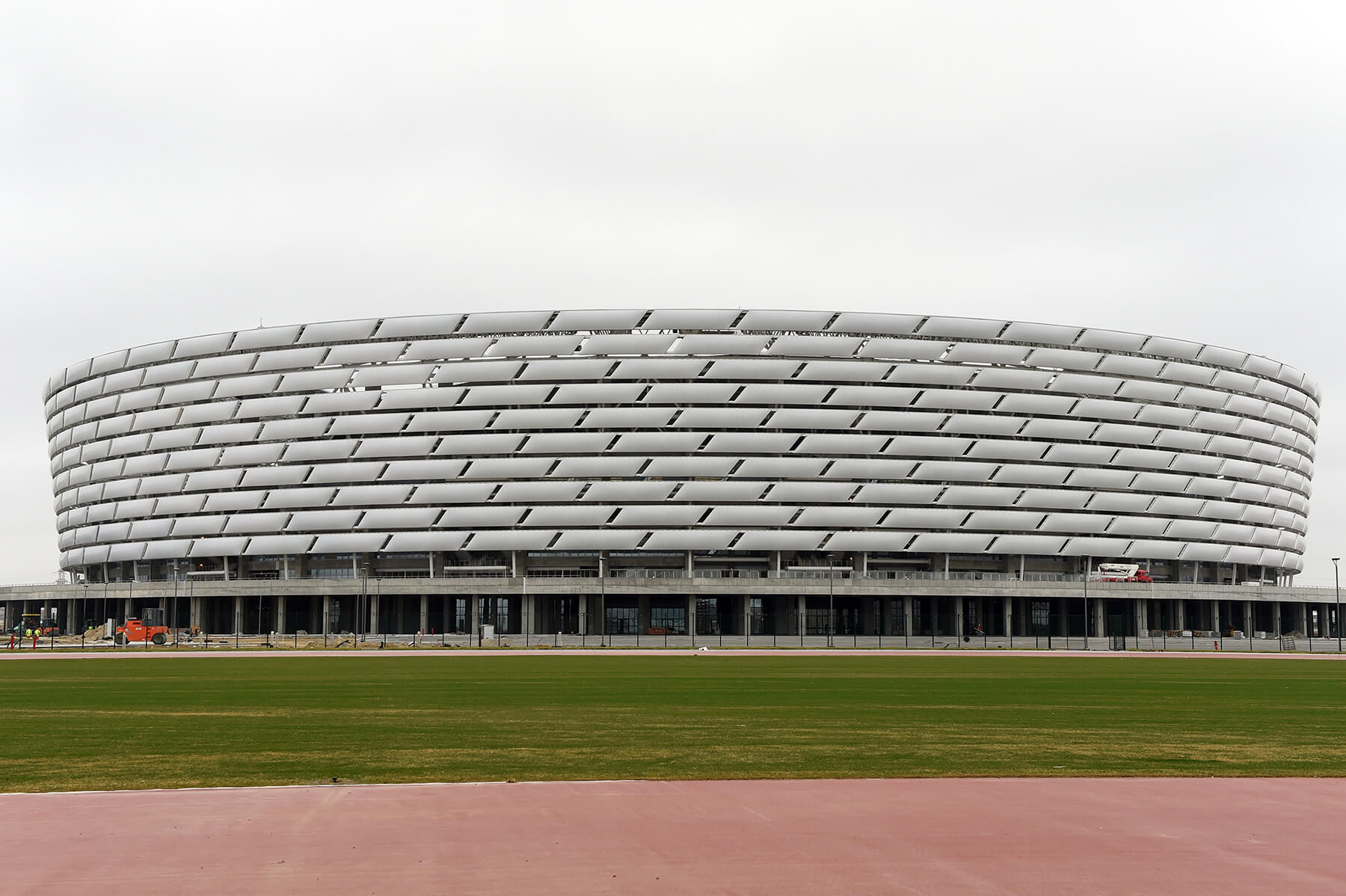 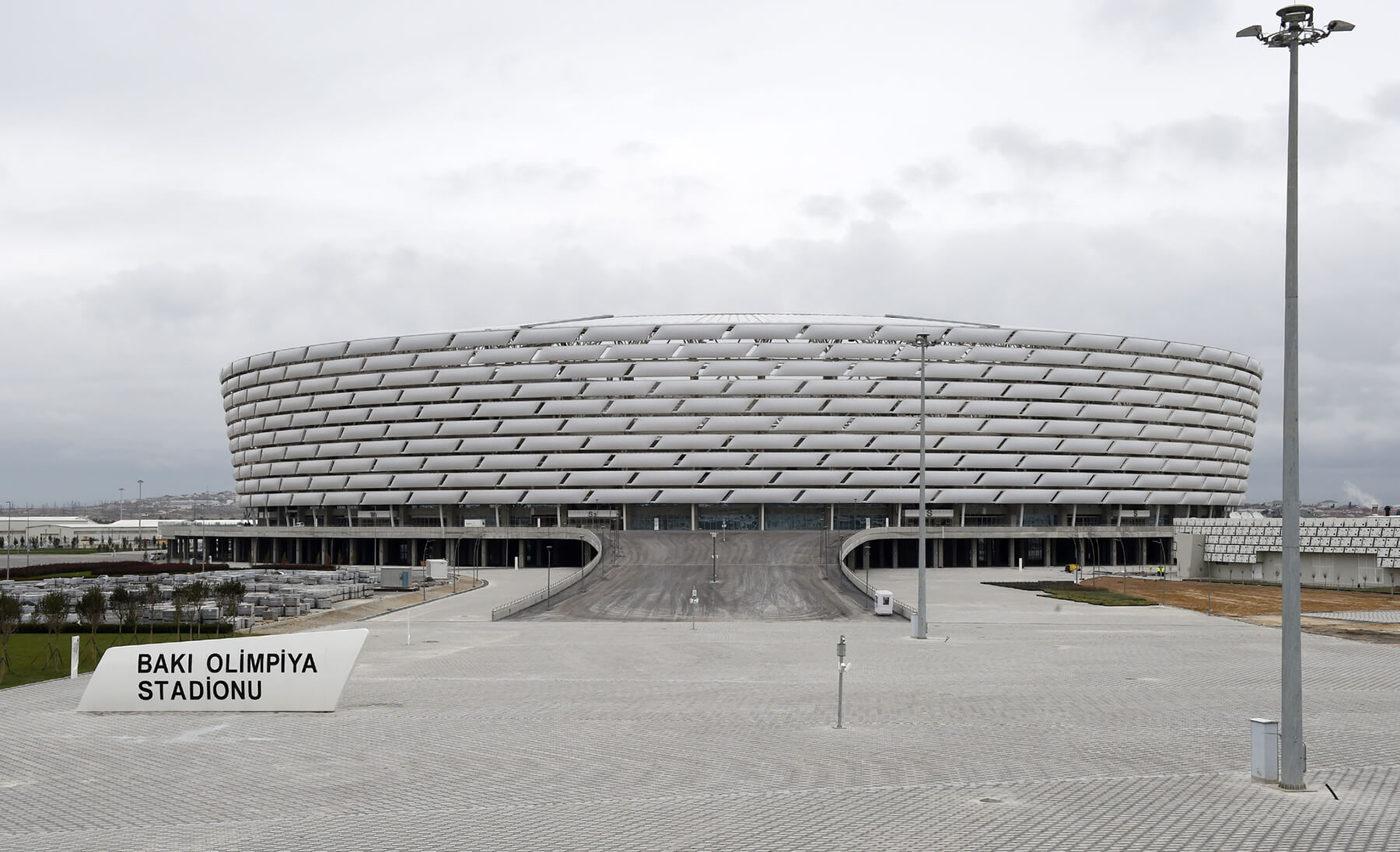 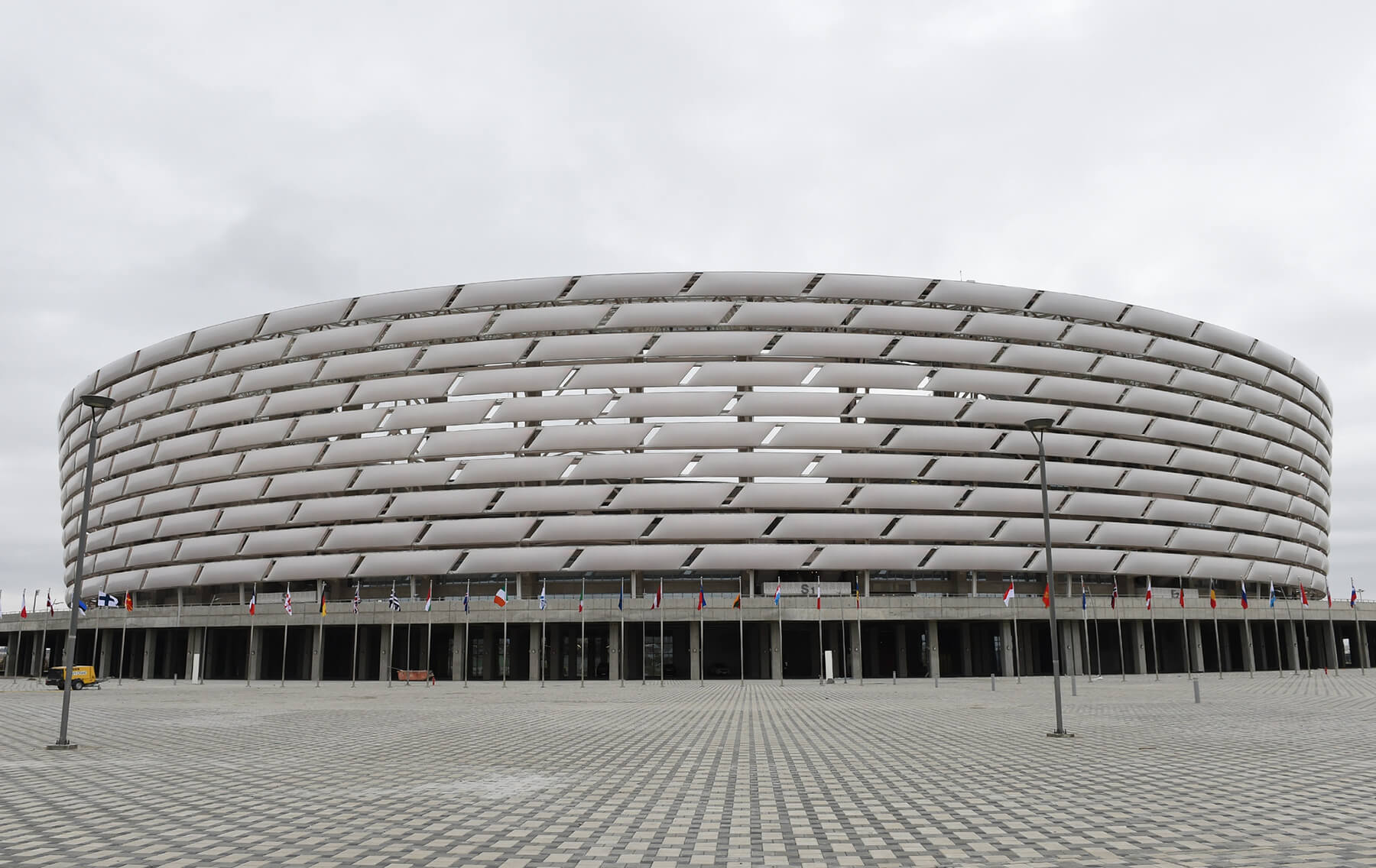 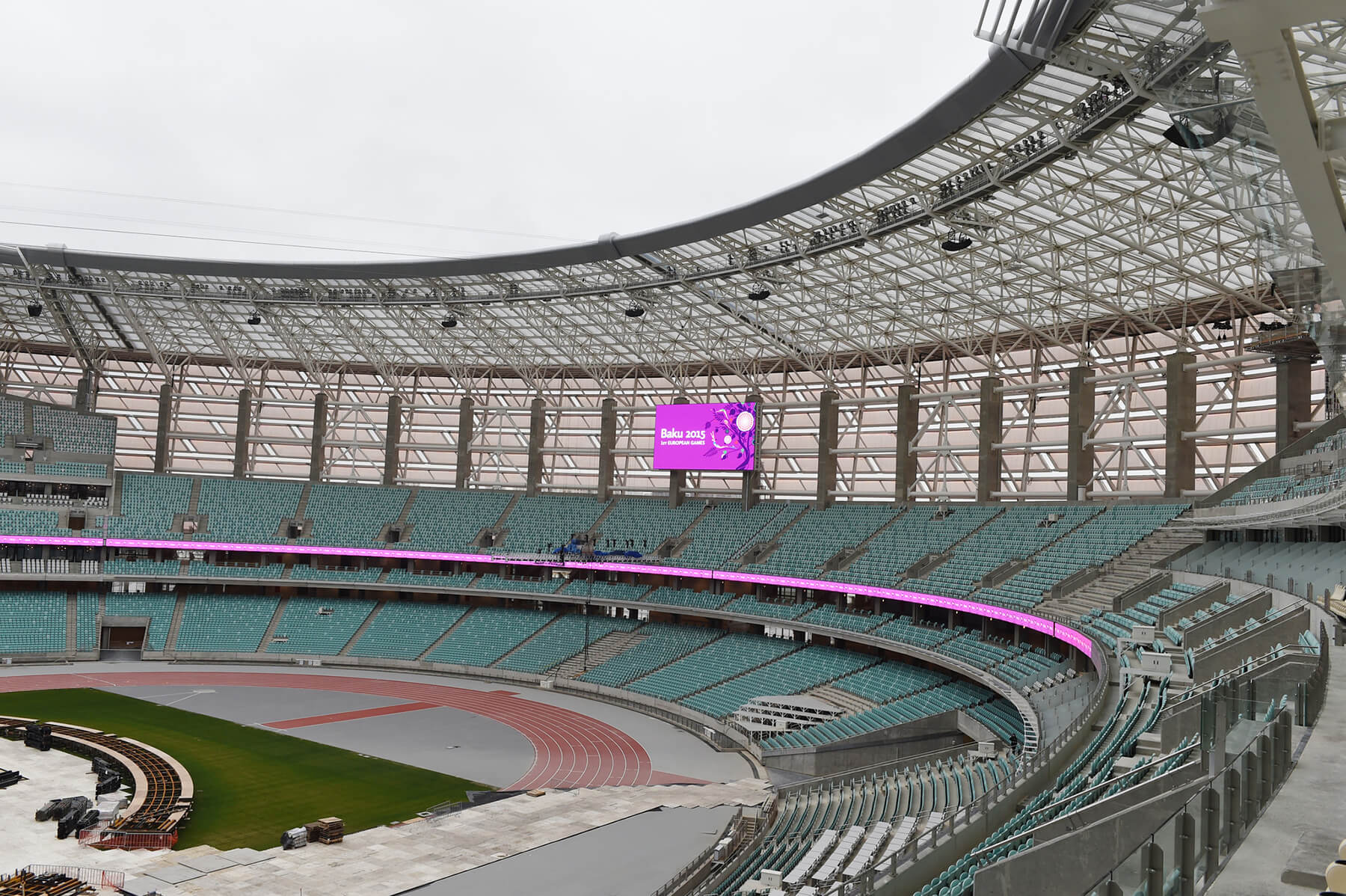 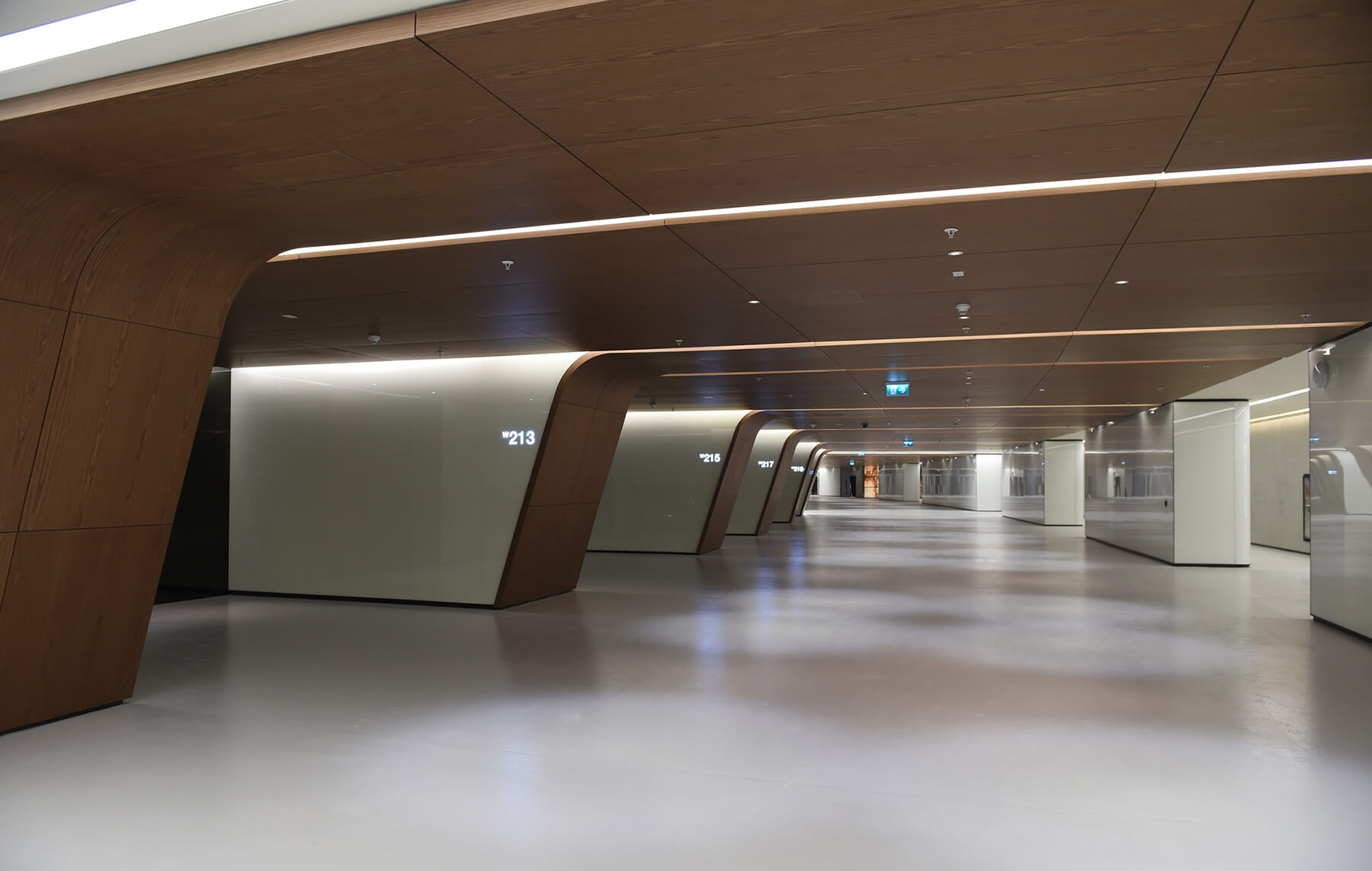 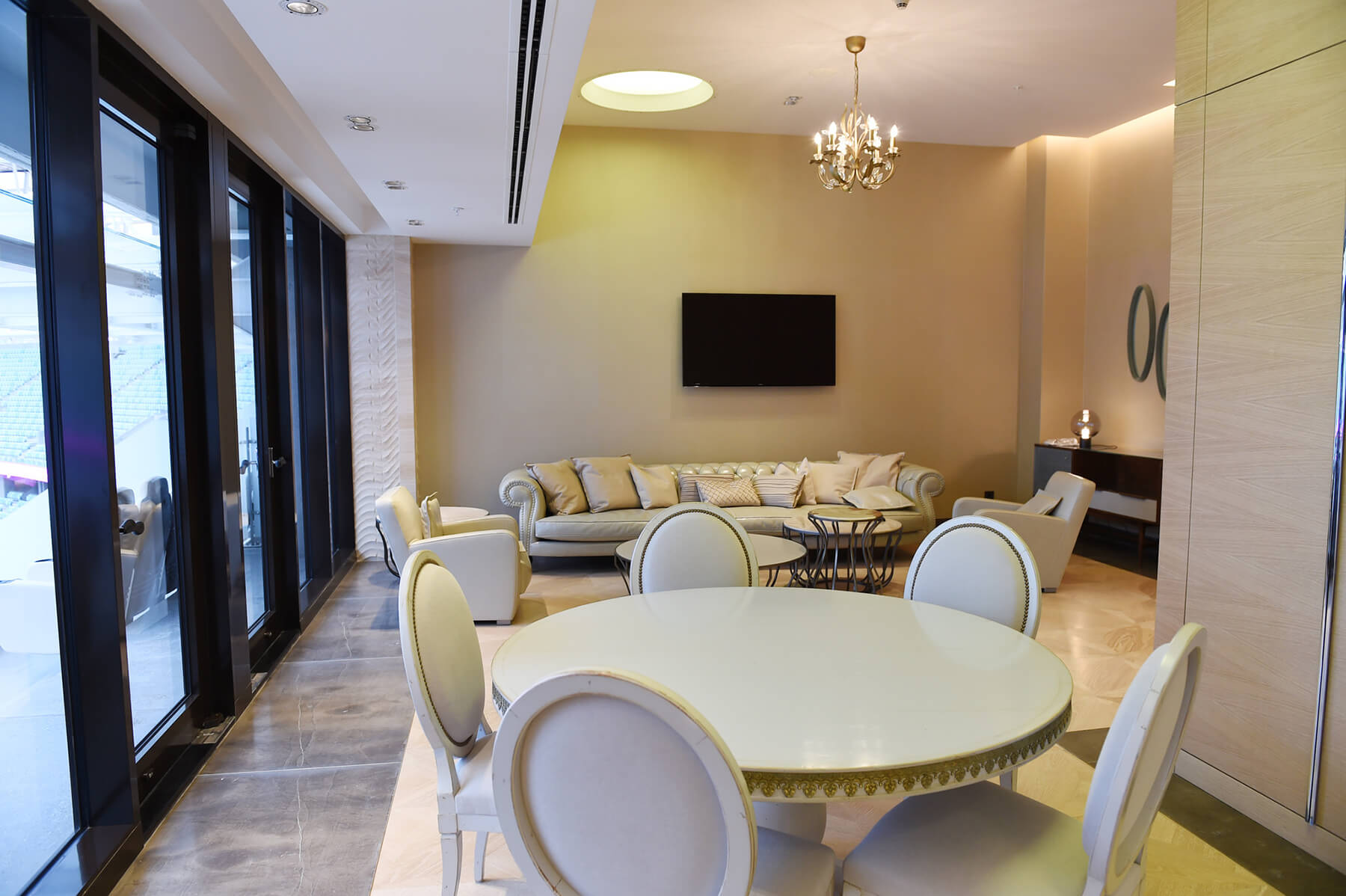