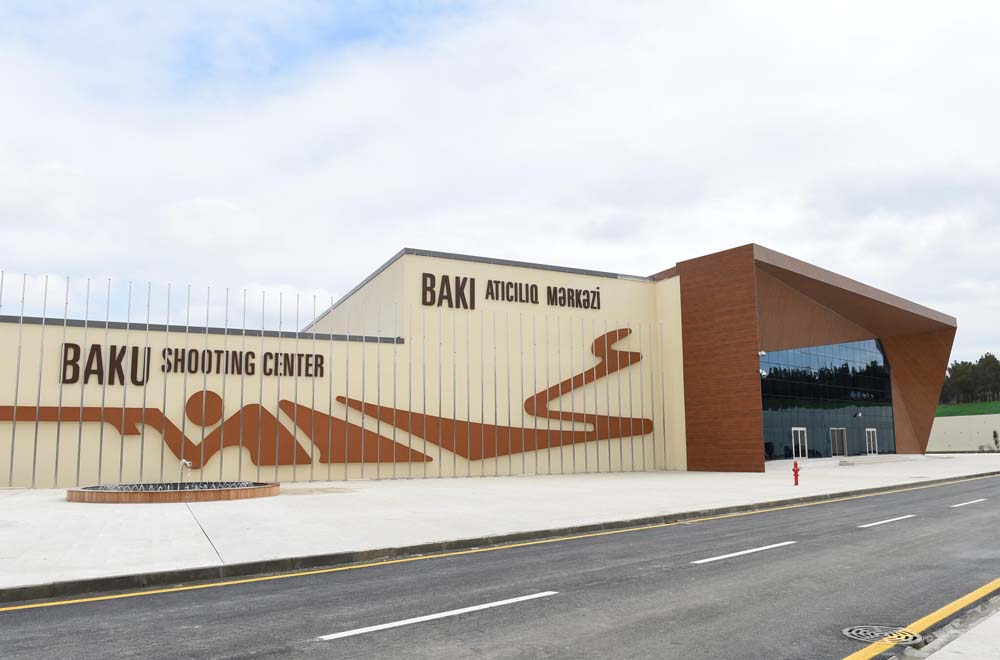 Baku Shooting Centre started functioning on March 9, 2015. This center is one of the largest shooting complexes in Europe and it is located in Bilajari settlement of Baku. The area of the functional zones of the center is more than 123,000 square meters. The building includes various functional areas, a cafe, a VIP waiting and recreation, management, training, doping control, weapons storage, 55-seat 2 conference and media rooms, a medical center, and a fitness hall. Shooting competitions at the distances of 10, 25, 50 and 300 meters can be held in the center. The firing line allowing 80 athletes to compete simultaneously was constructed in ten-meter indoor shooting range. 50 athletes can compete simultaneously in twenty-five-meter half-open shooting range. 346 seats were constructed in the center. The line of fifty-meter half-open shooting range allows 80 athletes to test their ability simultaneously. Three-hundred-meter half-open shooting range provides huge opportunities for high-level organization of competitions. 40 athletes can test their ability simultaneously in this range. In closed shooting ranges at the distances of 10, 25 and 50 meters designed for final competitions, 15 athletes can compete simultaneously. 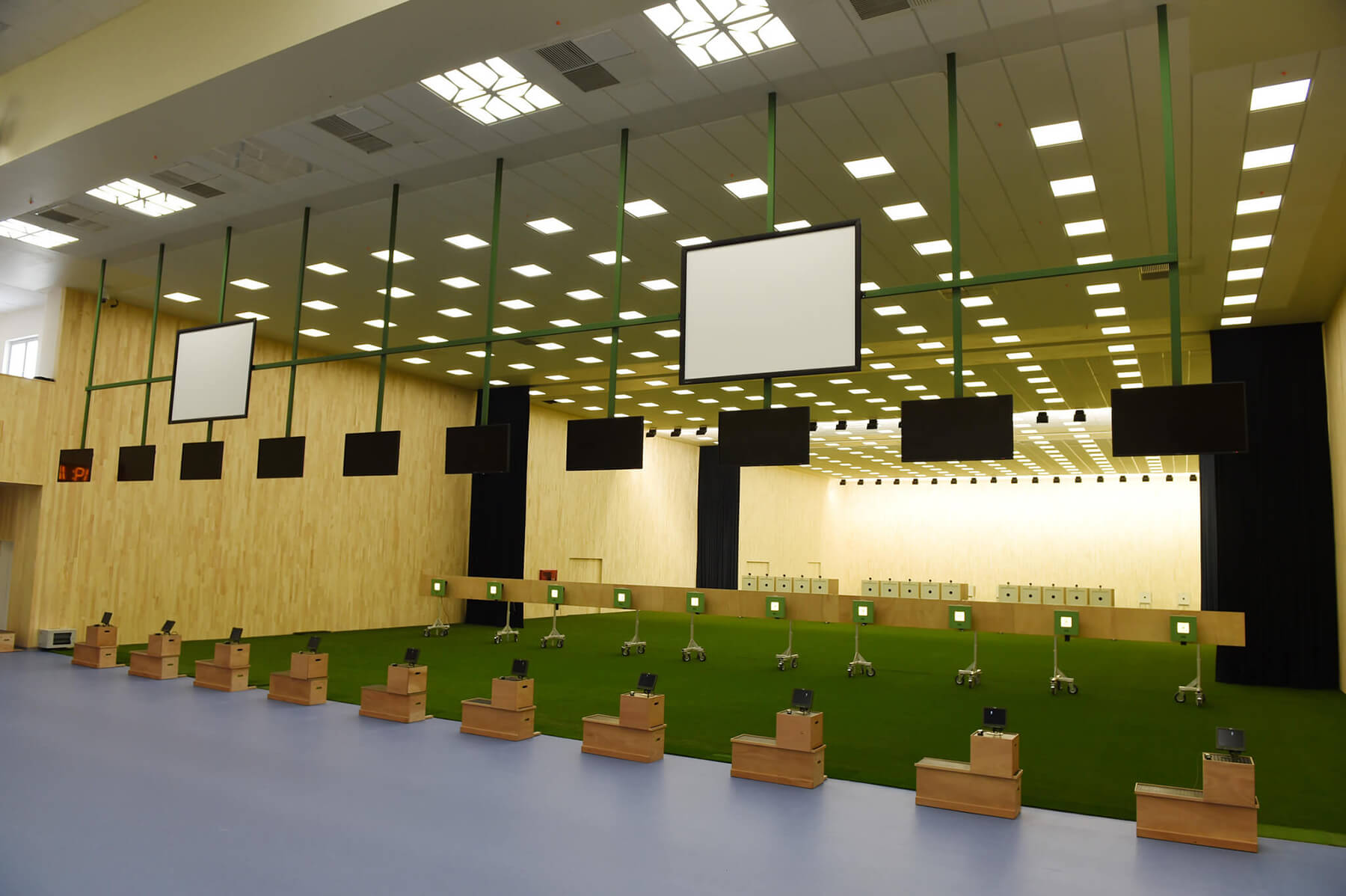 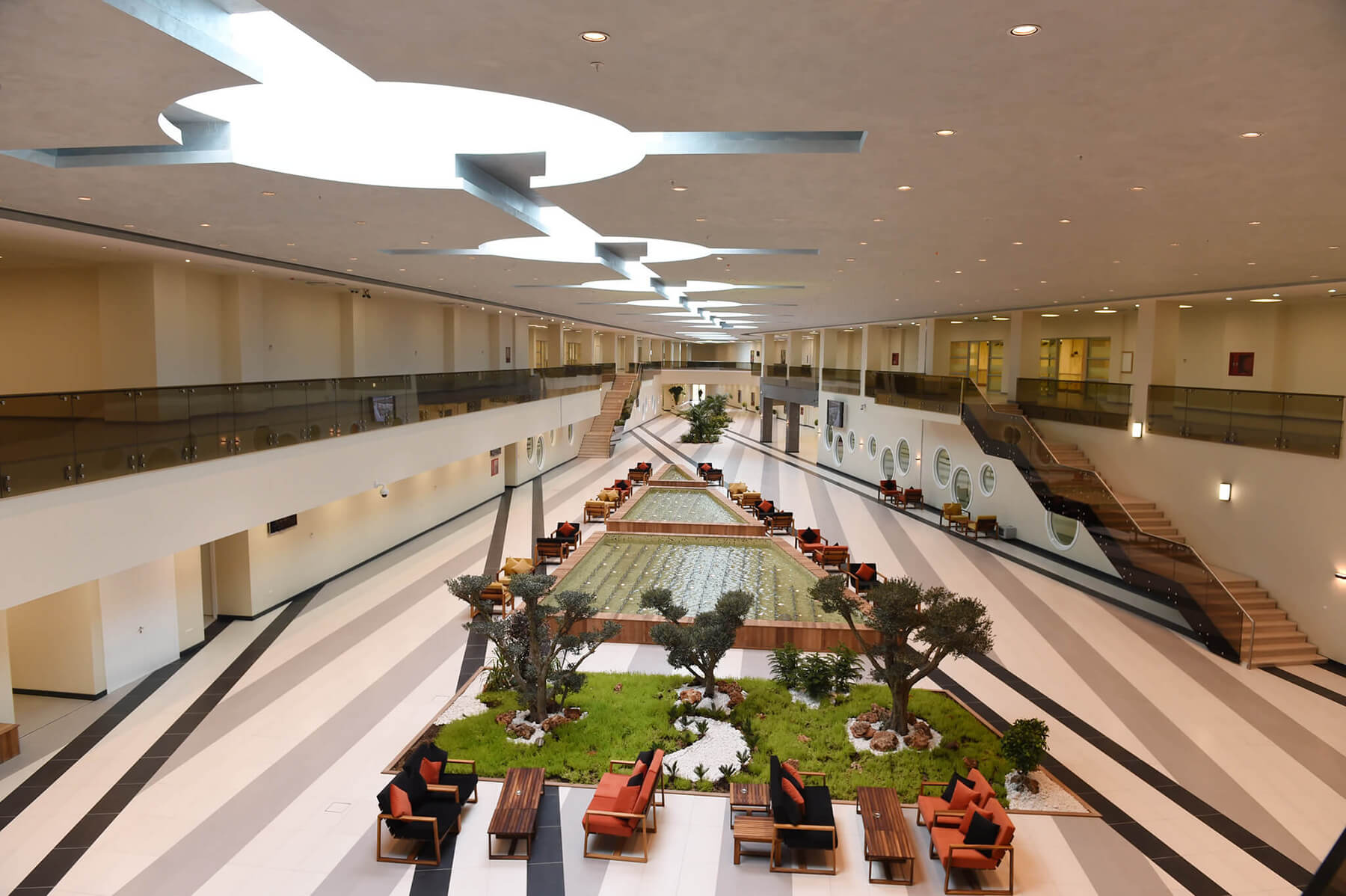 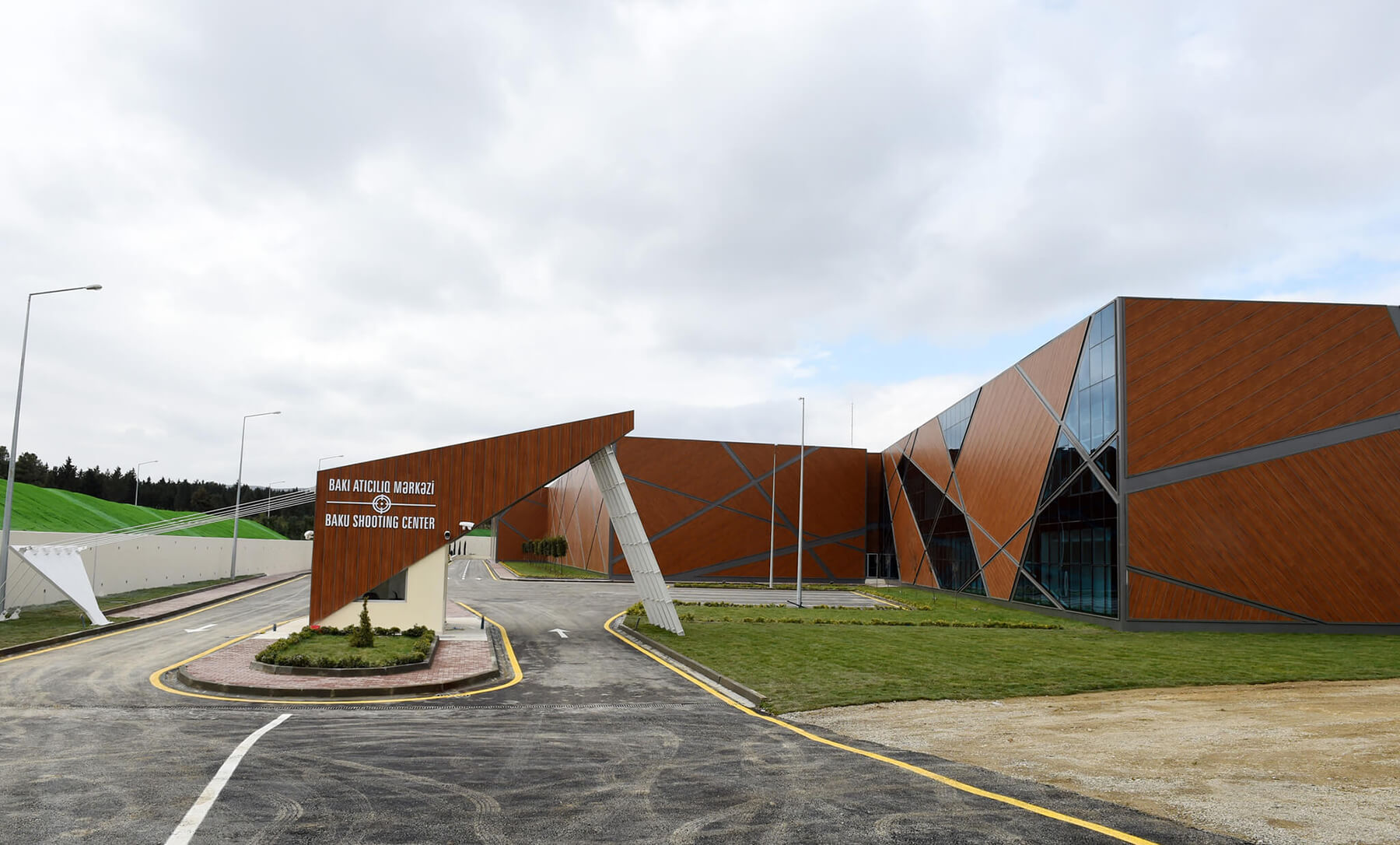 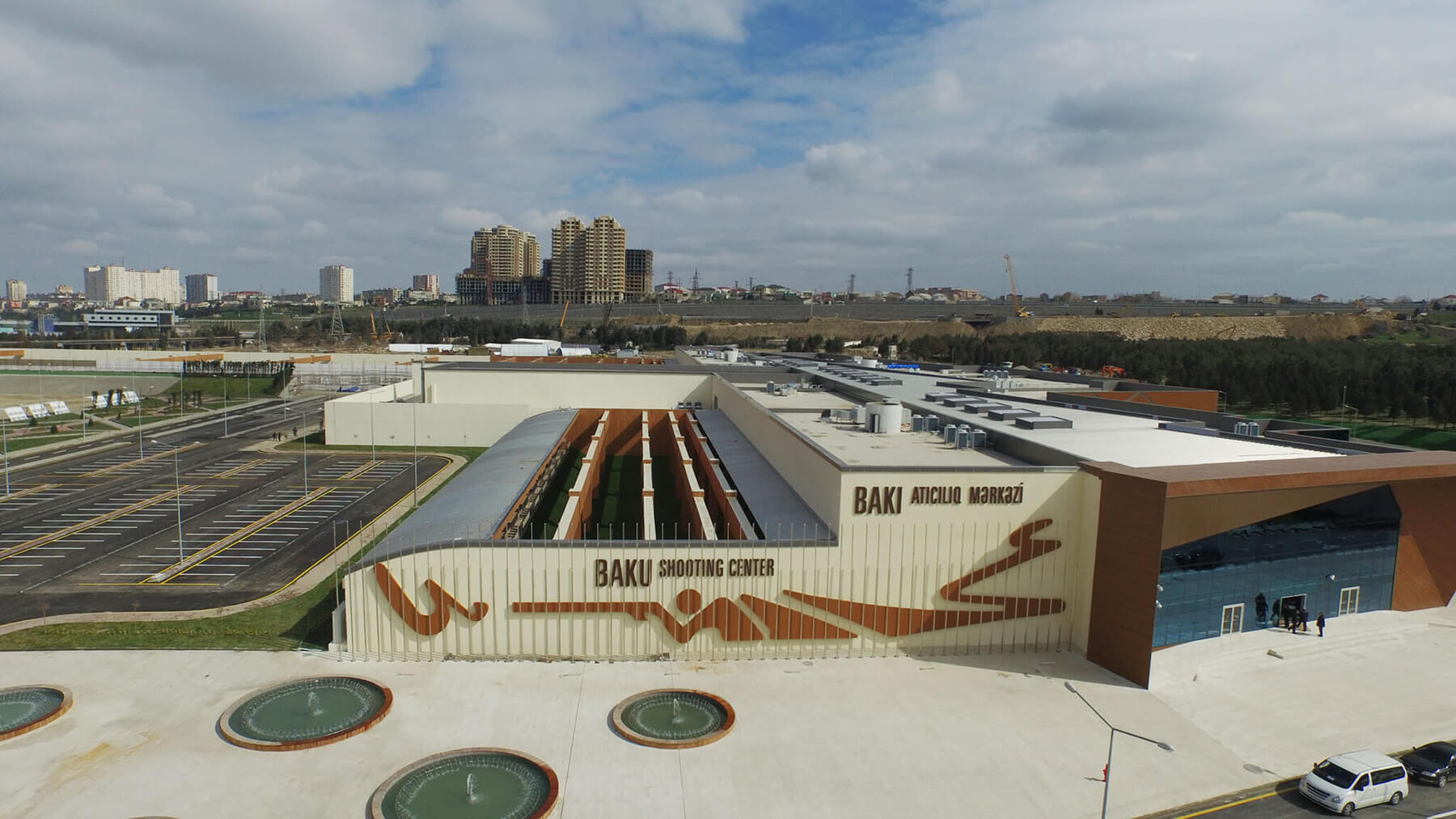 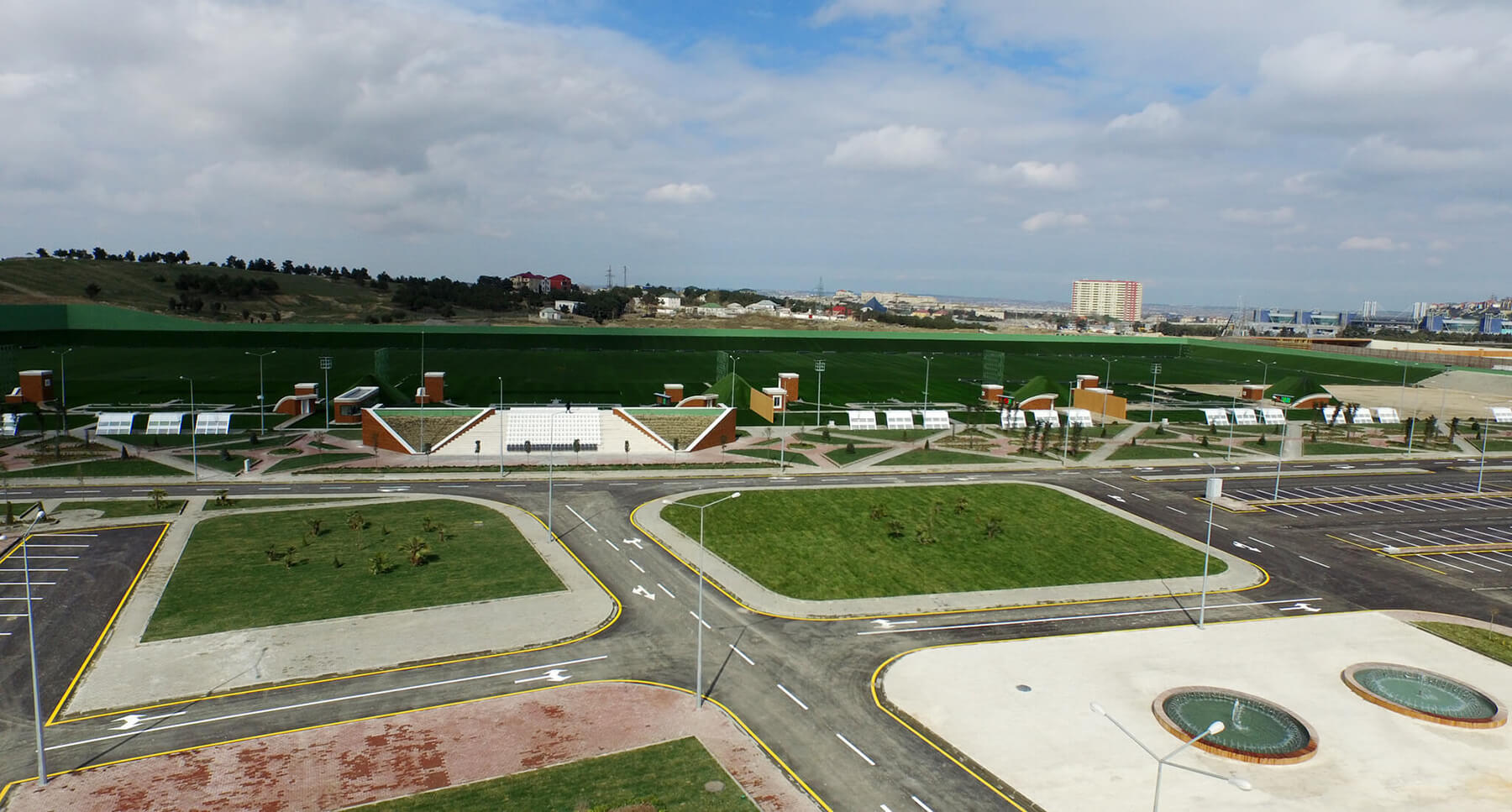 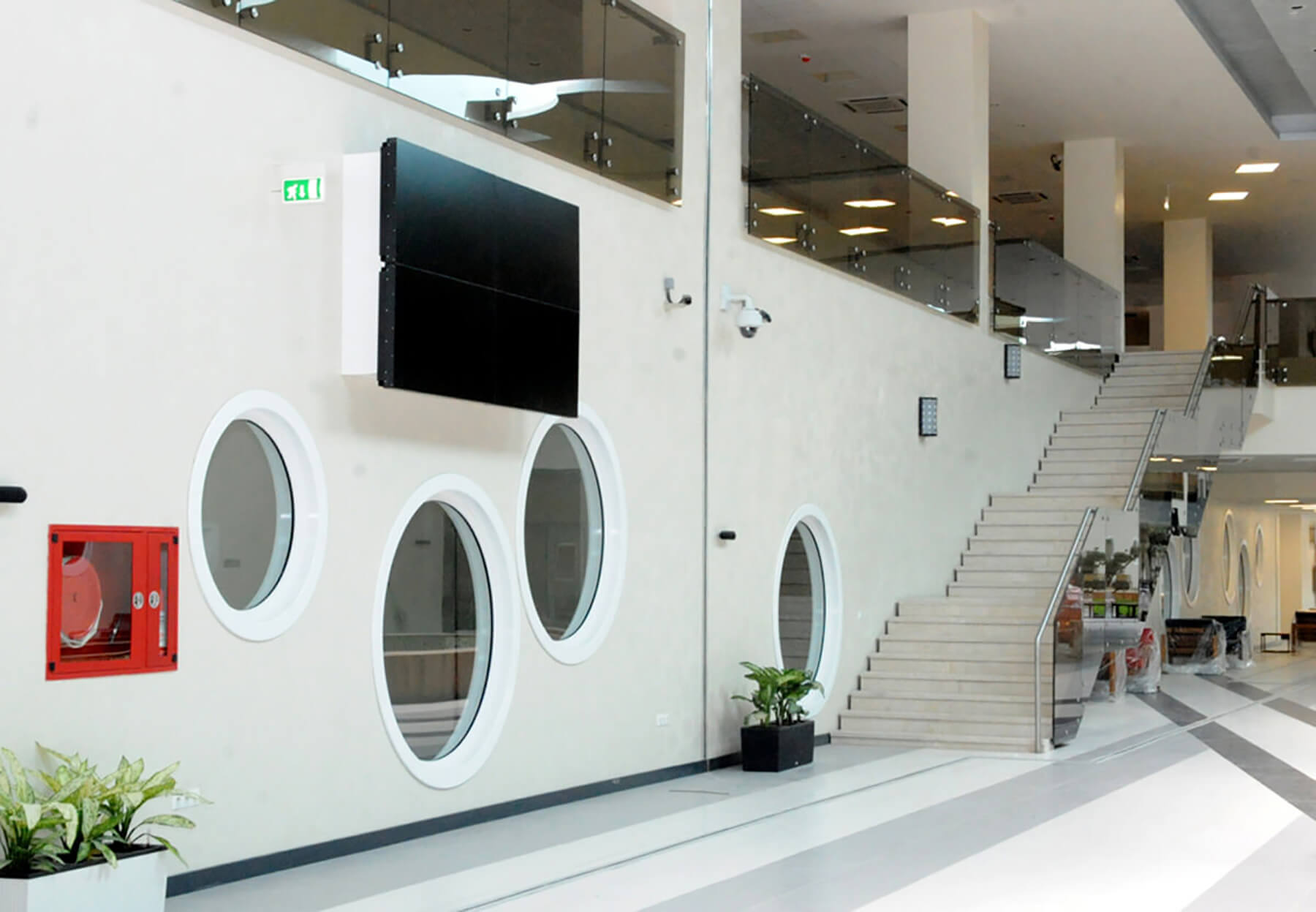 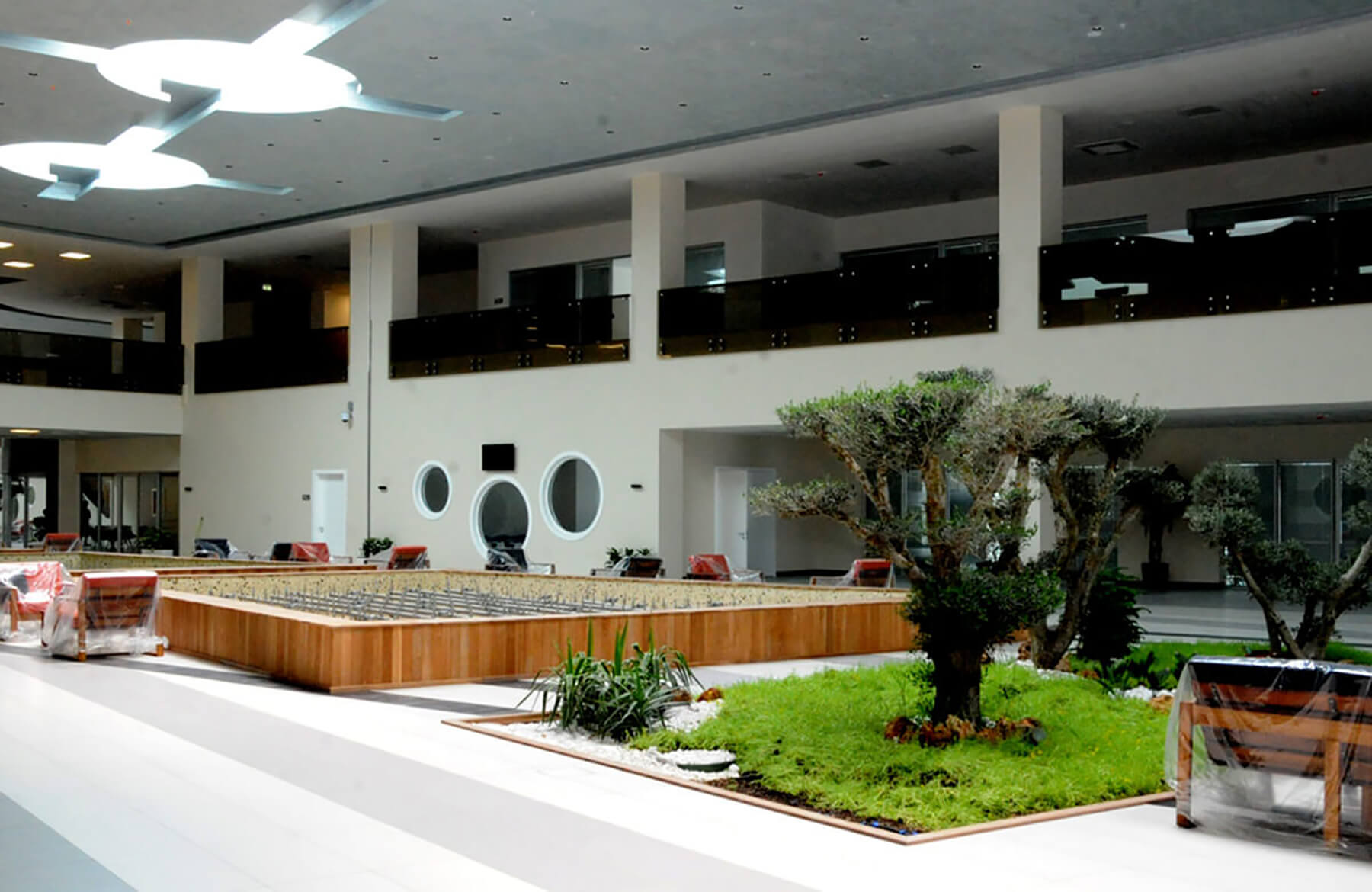 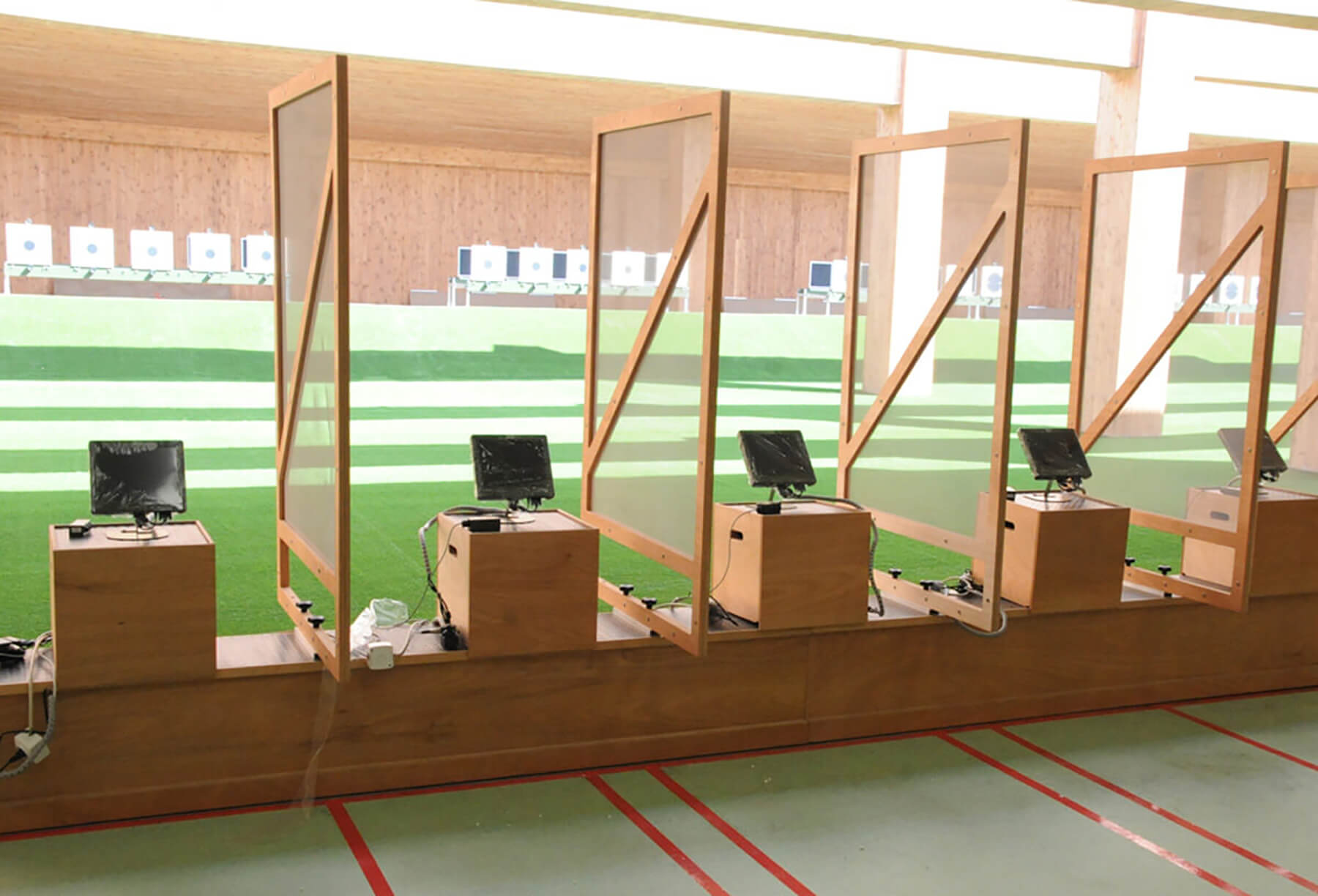 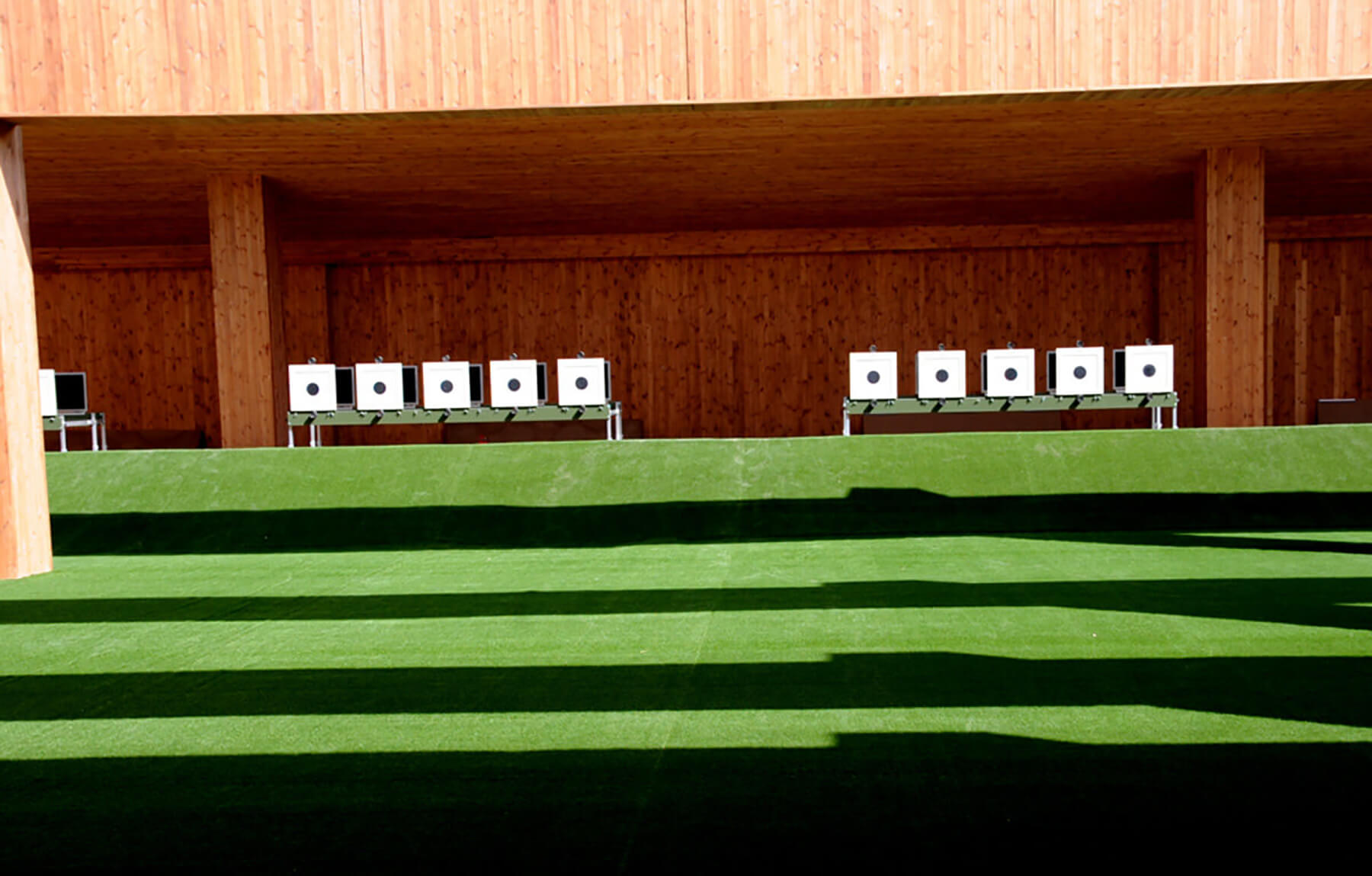 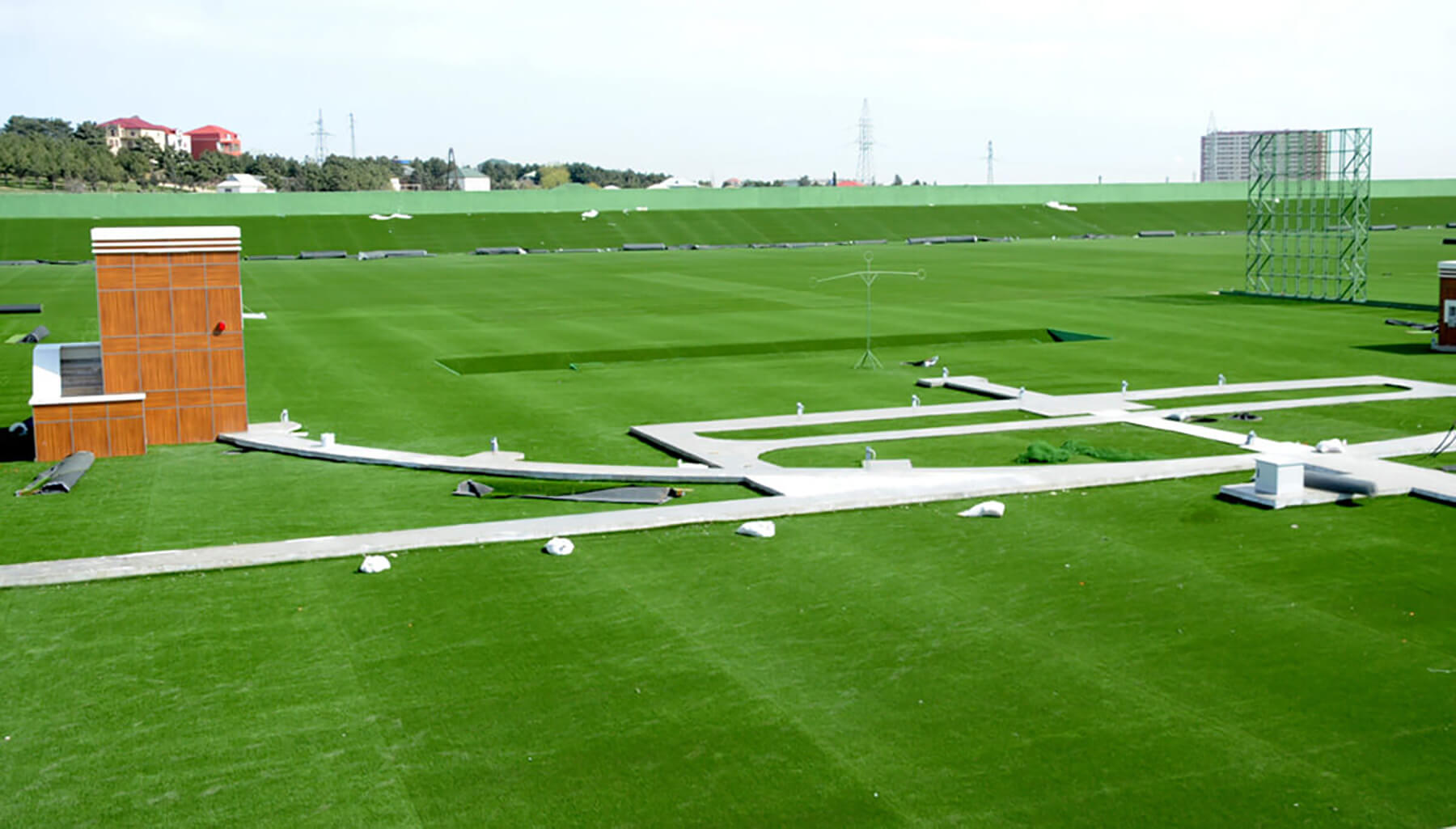 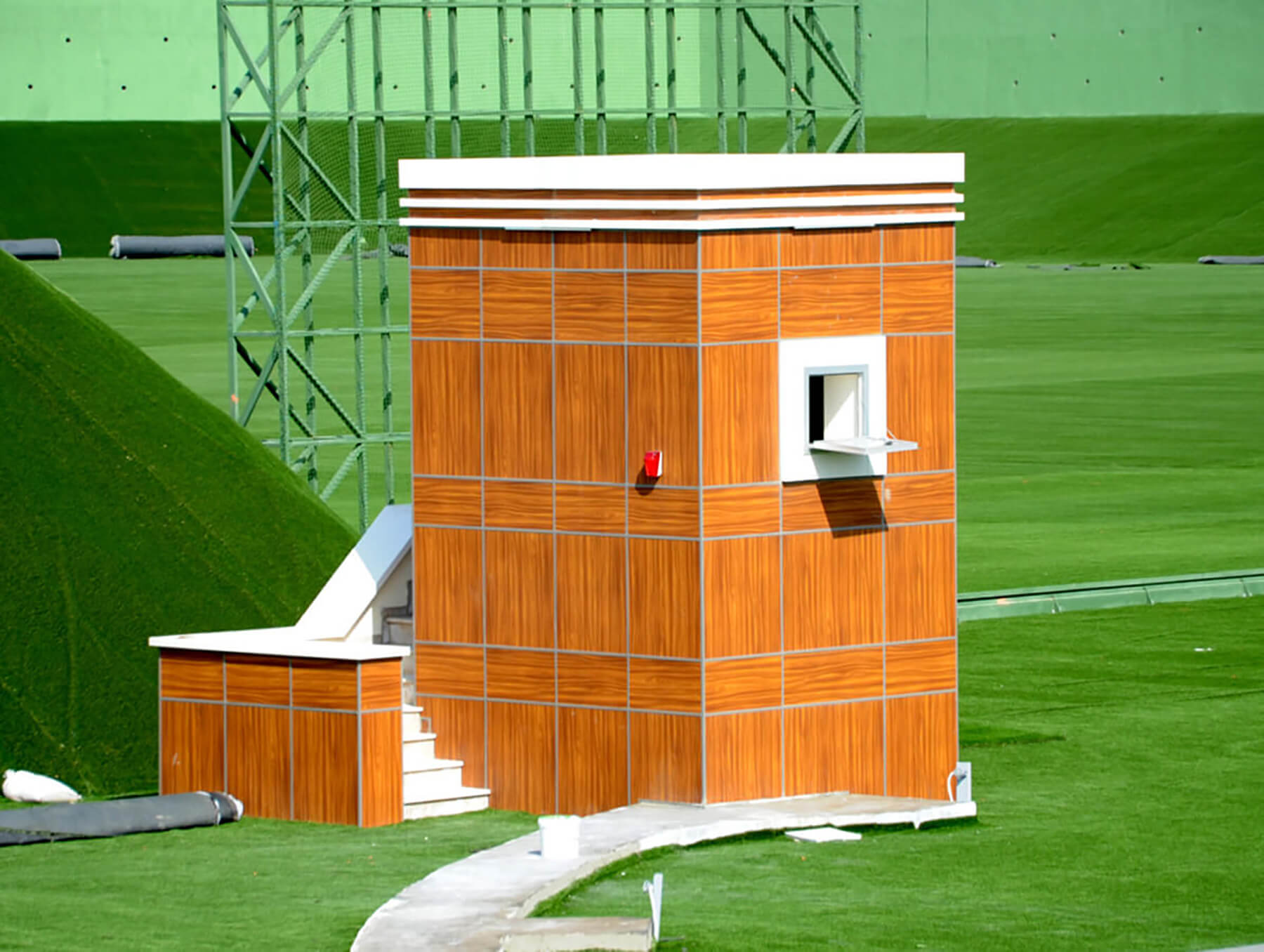 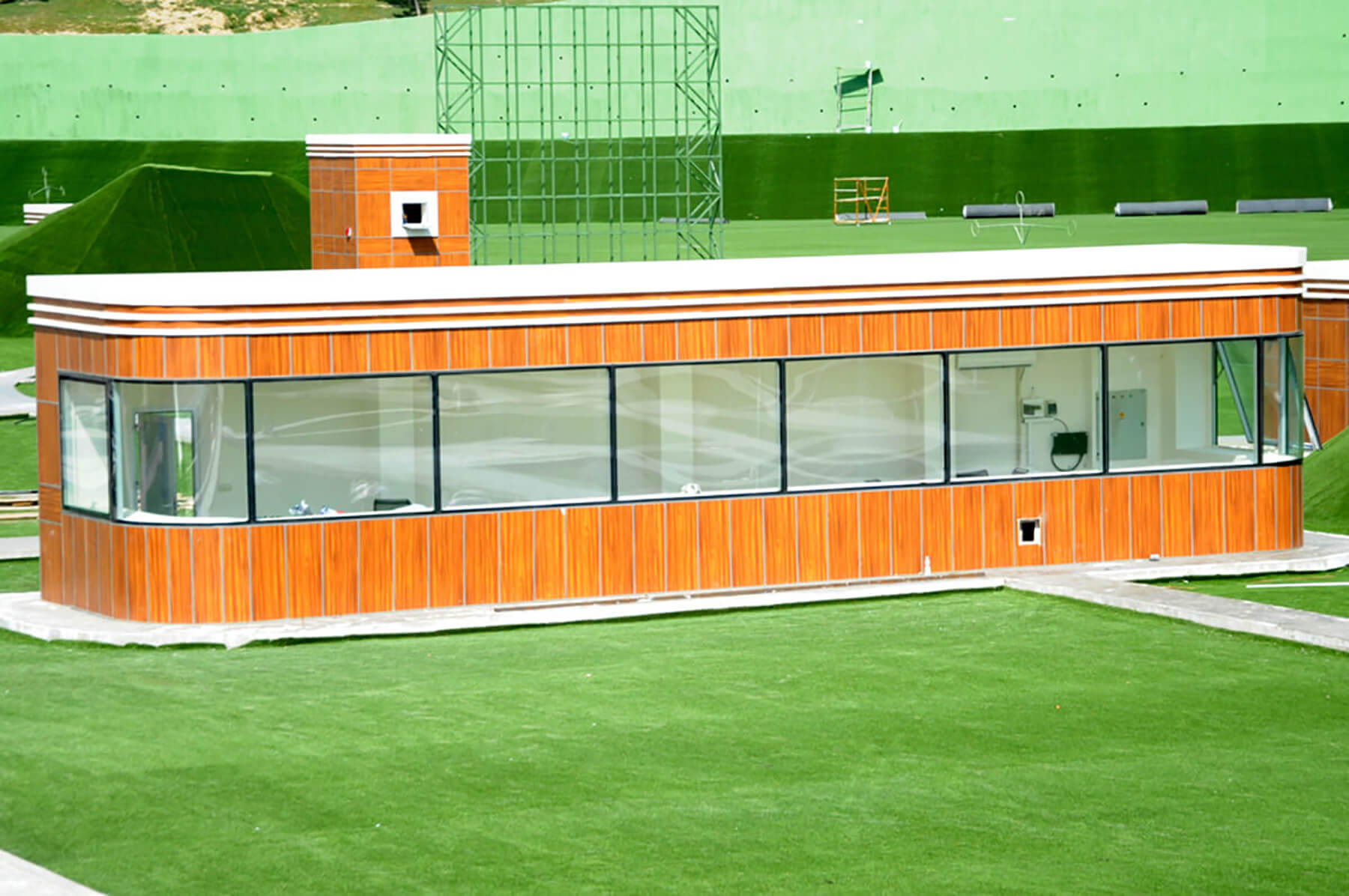 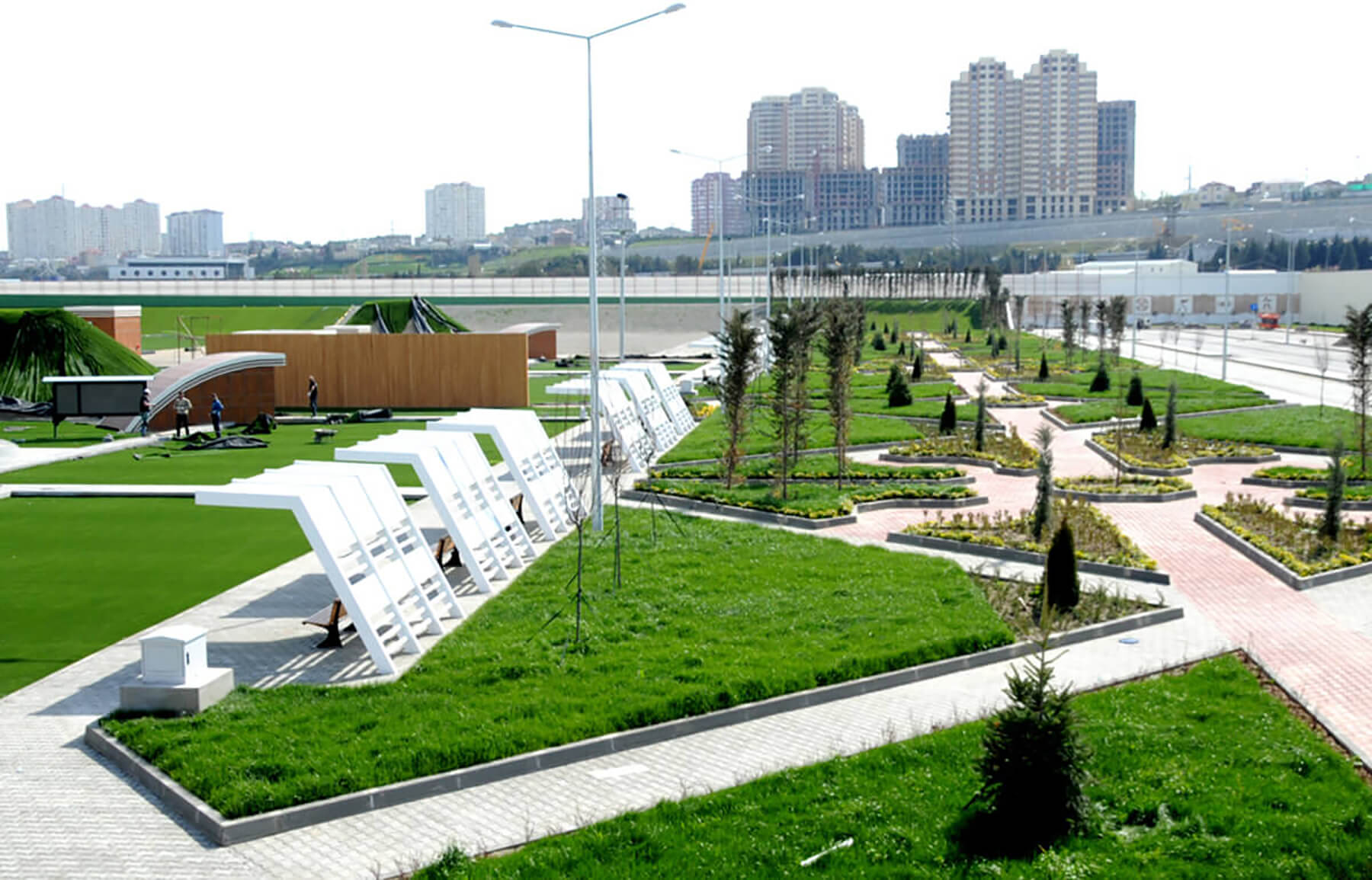 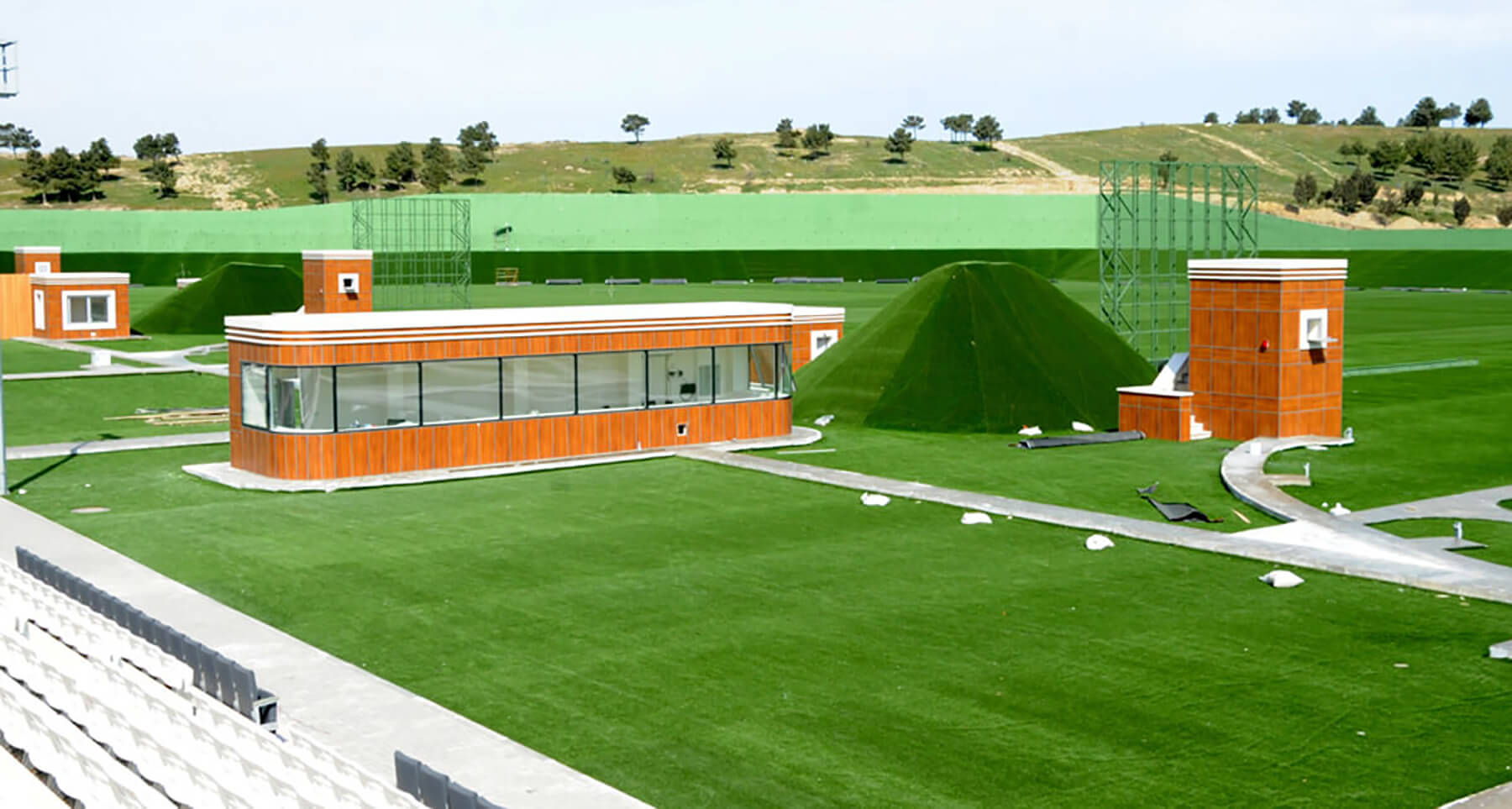 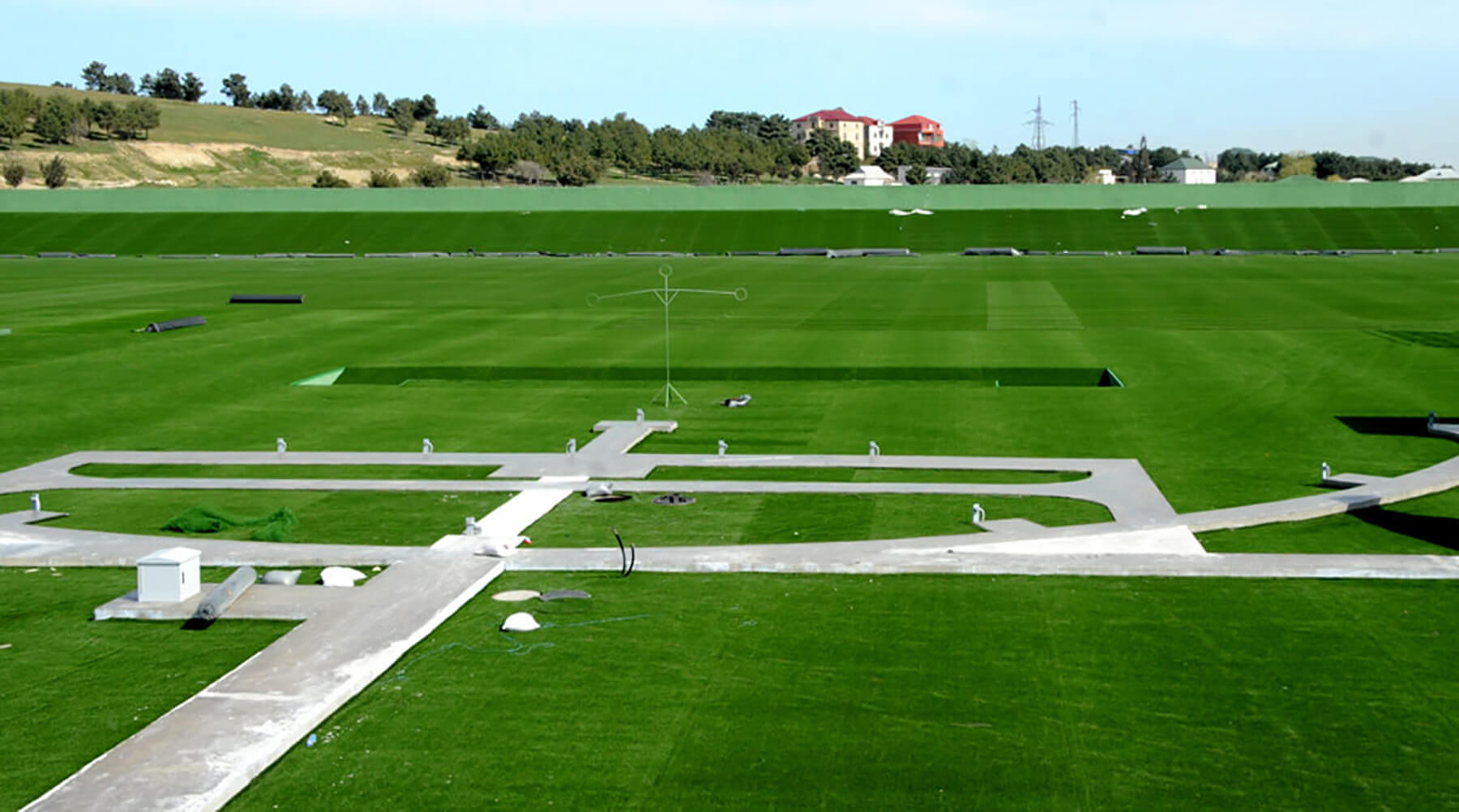