Farid Gayibov was born in Baku on April 24, 1979. In 1995, he graduated from Baku Secondary School as No 1. In the same year, he entered as a Business Management faculty of Azerbaijan Institute of National Economy Management under the Cabinet of Ministers of the Republic of Azerbaijan.

In 1999, he obtained the Bachelor's degree in Business Management and graduated from the Master's degree in 2001.

Farid Gayibov worked at the storehouse of the "Balakhanineft" Oil-and-gas Production Office of the State Oil Company of the Republic of Azerbaijan (SOCAR) from 2000 to 2001.

In 2001–2003, he took up the post of an economist at the planning department of the "Balakhanineft" Oil-and-gas Production Office of SOCAR.

In 2003-2005, Farid Gayibov worked as the Sports and Logistics Manager at the Azerbaijan Gymnastics Federation (AGF).

During these years, he took an active part in the Local Organizing Committees of 3 World Cup events (2003/04/05) and the 27th World Championships (2005) in Rhythmic Gymnastics, as well as in the organization of International Judges' Course (2007) in Artistic Gymnastics held in Baku.

Farid Gayibov was elected as AGF's Secretary General at a regular portback election conference of the organization in 2006.

He was re-elected as a Secretary General of Azerbaijan Gymnastics Federation at its Executive Committee's Meeting on December 25, 2010.

He was elected as the Vice-President of the European Union of Gymnastics (UEG) at its 25th Congress in Portorose (Slovenia, December 6–7) in 2013. Consequently, he resigned from the membership of the FIG Council.[5]

Since 2013, he is a member of the National Olympic Committee of Azerbaijan (NOC).

In 2014–2015, he took up a position of the Executive Director of the Local Organizing Committee of the Open Joint Azerbaijan Championships (2015) in 6 gymnastics disciplines held as a Test Event for the Baku 2015 First European Games.[6]

He was an adviser on gymnastics disciplines competitions held within the framework of the Baku 2015 First European Games within 2014-2015.

Farid Gayibov was re-elected as AGF Secretary General at its Executive Committee's Meeting on December 24, 2015.

Gayibov was a delegate of the UEG and FIG Congresses; member of the delegation for the Olympic Games (Beijing 2008, London 2012, and Rio 2016); head of the Azerbaijani official delegations in different gymnastics disciplines during the European and World Championships; President of the Appeal Jury at different European Championships in gymnastics disciplines (as assigned) from 2014 to 2018.

He has been elected as the President of the European Union of Gymnastics (UEG) at its 27th portback election of Congress, held in Split, Croatia, on December 1–2, 2017. Consequently, Gayibov resigned from the position of AGF Secretary General. Since 2018, he has been acting as the UEG President (renamed into European Gymnastics since April 1, 2020) and is automatically a member of the FIG Executive Committee.

He was awarded with the FIG Bronze Distinction as a twice-elected member to the FIG Council (2008 and 2012) at the closing of the 81st Congress of the FIG in Tokyo, Japan, in October.

Gayibov was awarded with the FIG "Recognition" Medal by this organization at the 17th FIG Council, which was held in Baku in 2017. 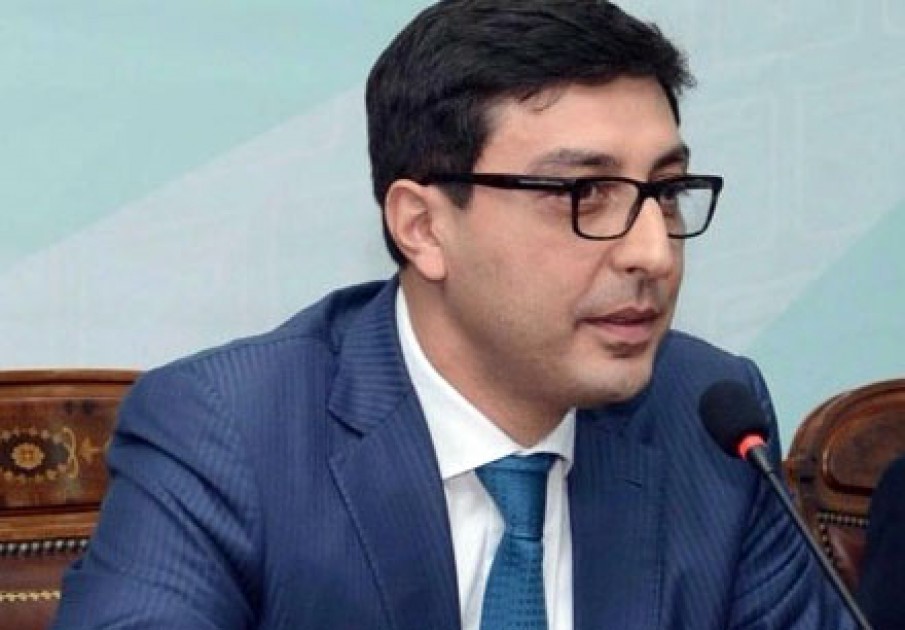