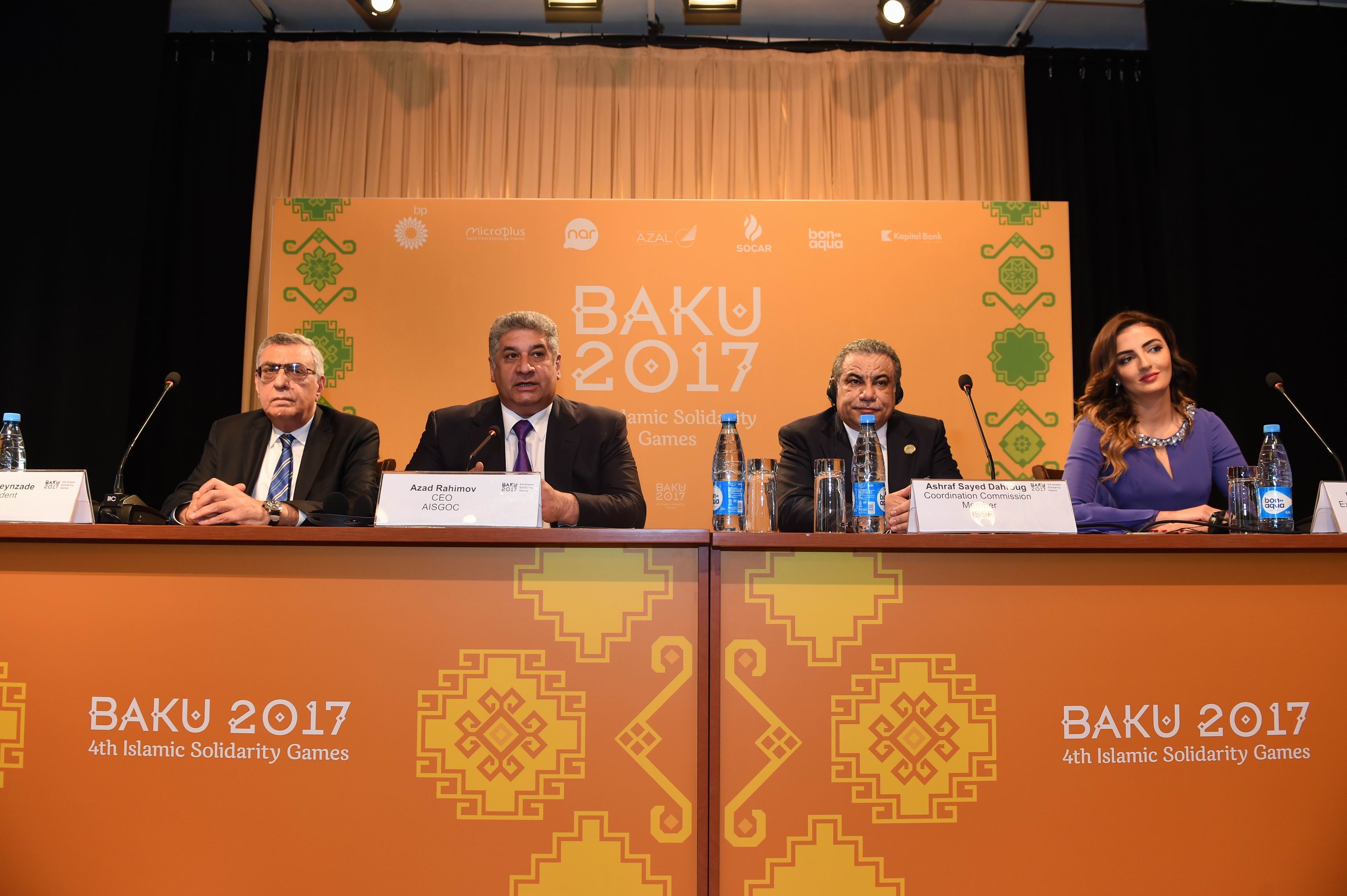 Azad Rahimov: The Islamic Games showed that Azerbaijan is able to host the prestigious events at a high level

All the participating athletes, mission leaders expressed satisfaction with the organization of the "Baku-2017" Islamic Solidarity Games. The Islamic Games showed that Azerbaijan is able to host the prestigious events at a high level.
These words were said by the Minister of Youth and Sport, the Chief Executive Officer of the "Baku-2017" Islamic Solidarity Games Azad Rahimov at the press conference held on May 23, 2017.
Azad Rahimov reminded the opinion of the President Ilham Aliyev at the meeting with the athletes that achieved results in the Rio-2016 have found its confirmation in the Islamic Solidarity Games. Minister also noted that our national team completed the IV Islamic Solidarity Games with 75 gold medals and took the 1st place.
Rahimov thanked more than 8 thousand volunteers for their support and noted that 4,600 of them were involved in the opening and closing ceremonies: "Operation Committee recruited nearly 1,500 specialist. We have worked together in an atmosphere of friendly cooperation. We express our gratitude for the fruitful cooperation with the Islamic Solidarity Sports Federation. The next Games will be held in Turkey. We wish Turkey success in the organization of the Games".
A member of the Coordination Commission of the Islamic Solidarity Sports Federation (ISSF) Ashraf Seyyid Dahruq said that Azerbaijan has shown the perfect preparation of the Games, as well as the spectacular opening and closing ceremonies. He also stressed the importance of high-level work under the leadership of the Chairman of the "Baku-2017" Islamic Solidarity Games Organizing Committee, the First Vice-President Mehriban Aliyeva.
The Vice-President of the National Olympic Committee Chingiz Huseynzade spoke about the achievements of the national team in such a prestigious competition: “The fans became the witnesses of very interesting exciting competitions in the sports arenas. Our team had a great success. The most important aspect of the Games is the winning medals in all kinds of sports. "
Then the journalists' questions were responded. 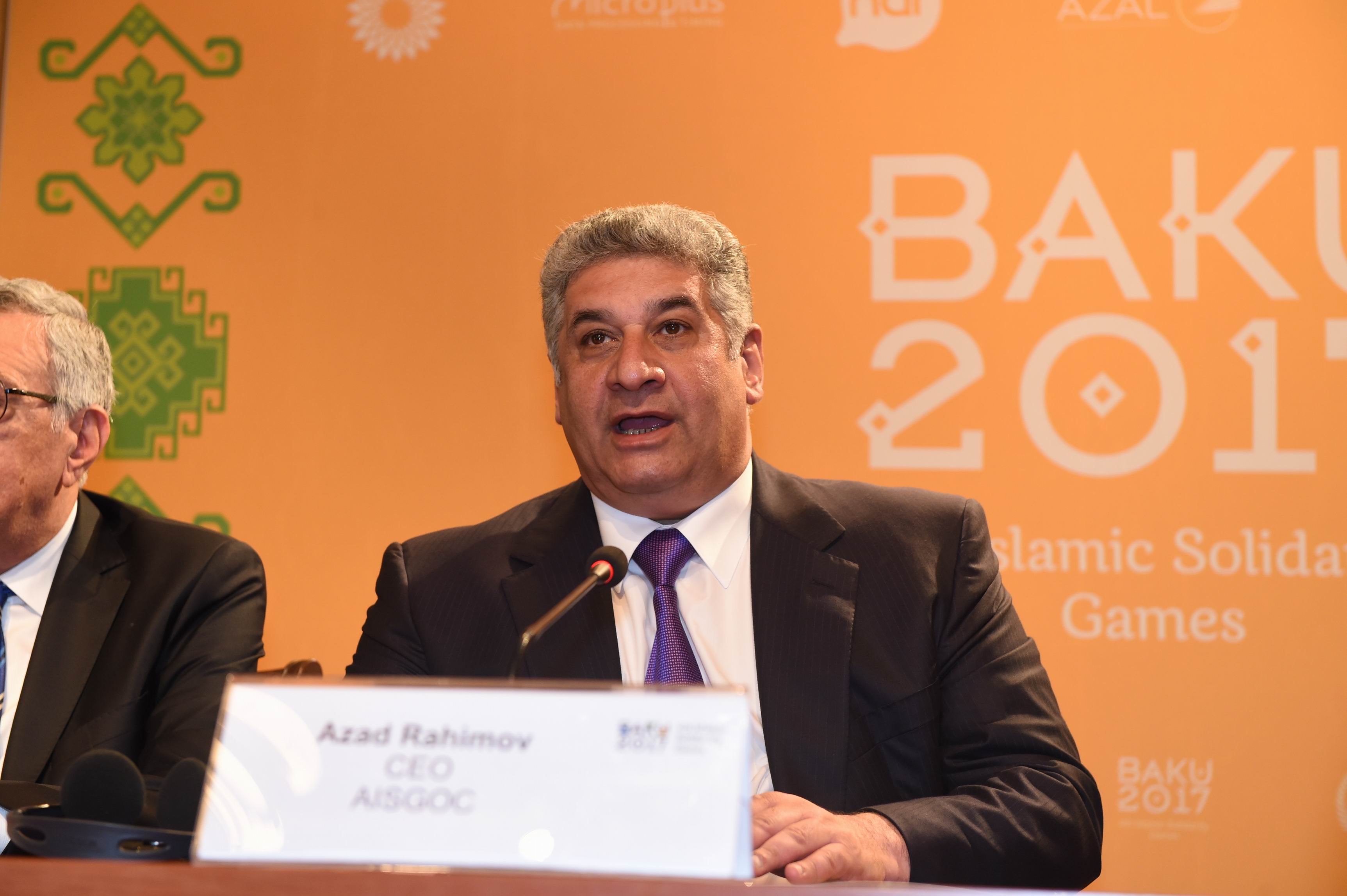 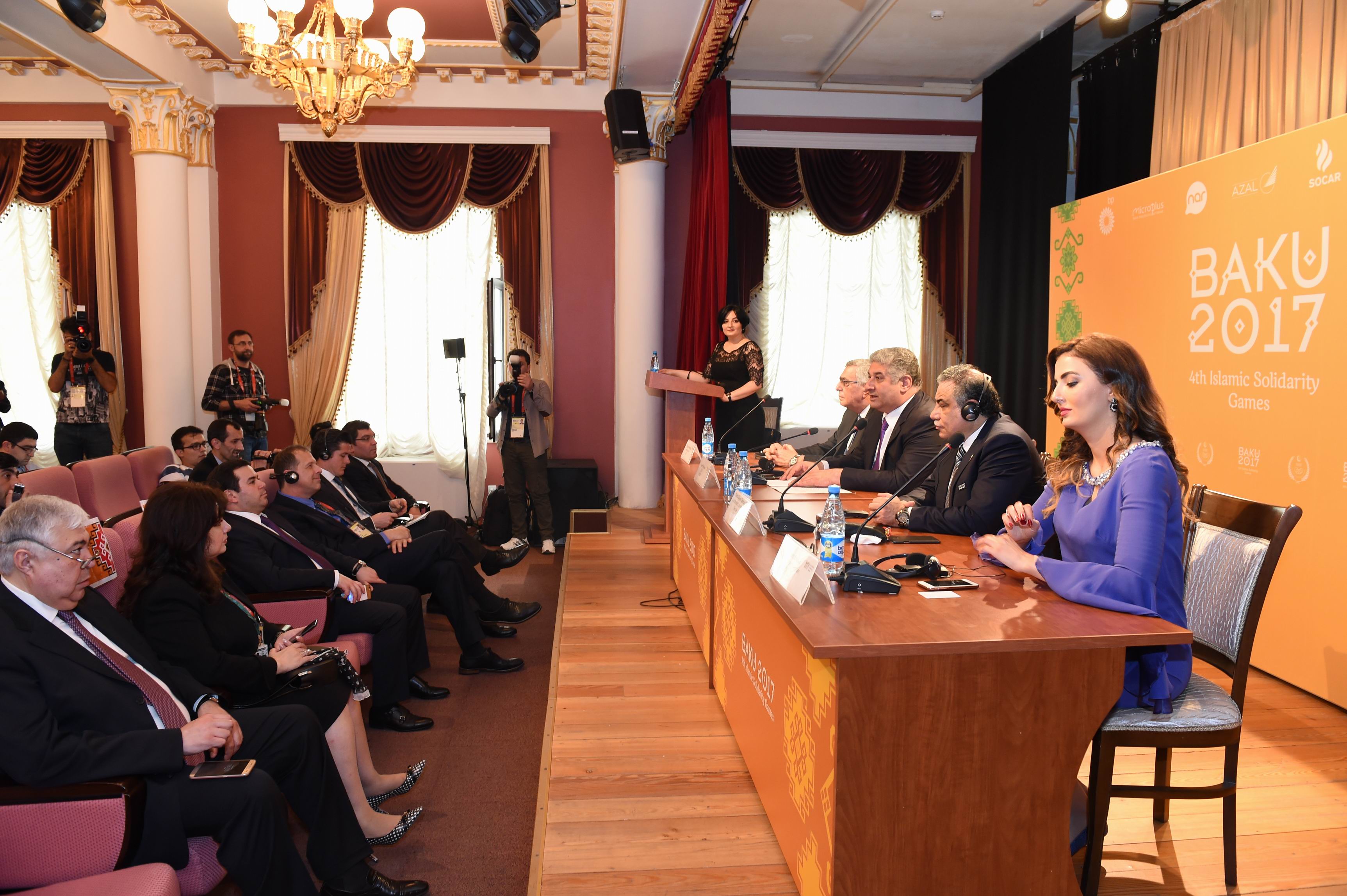 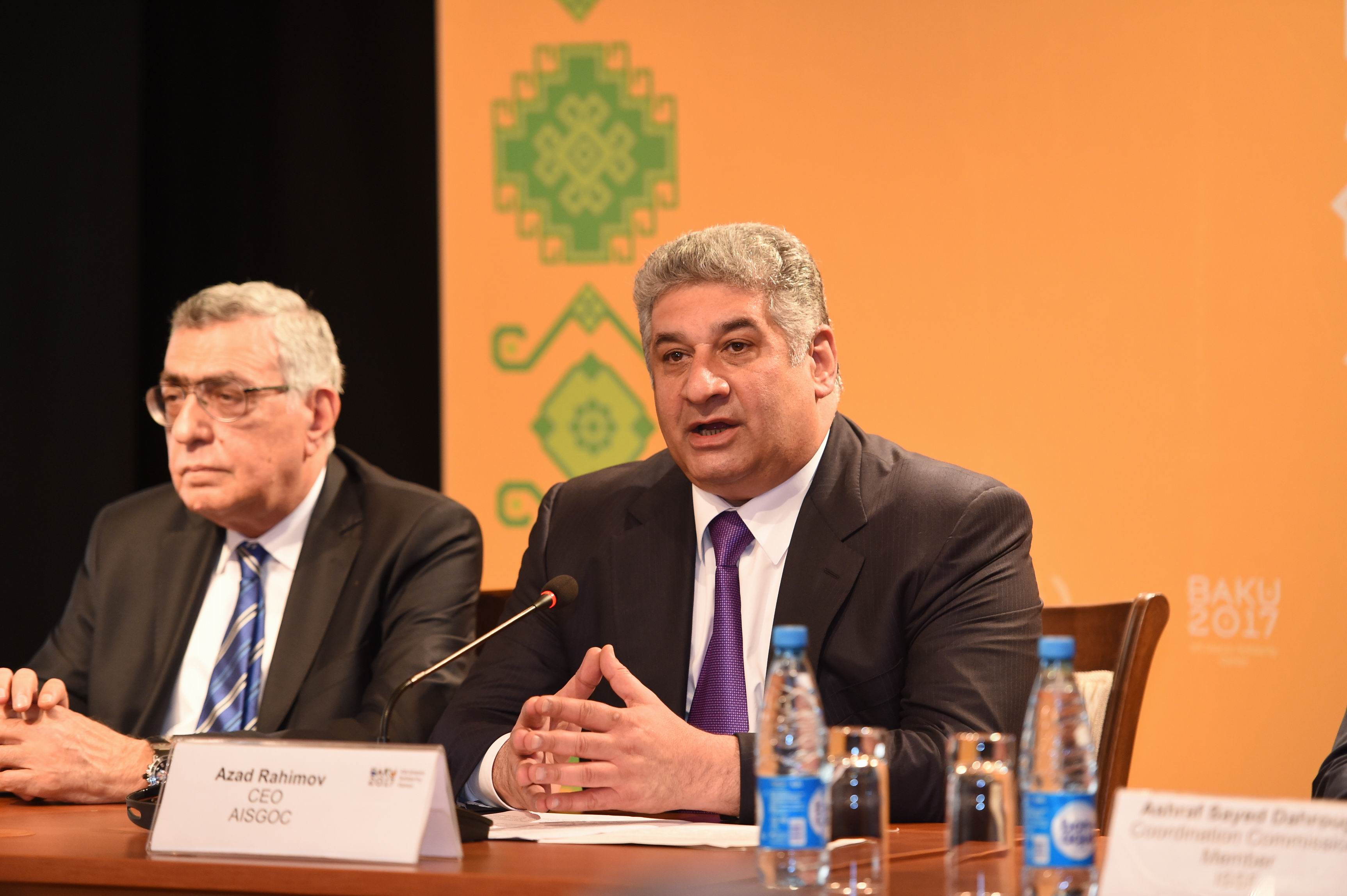 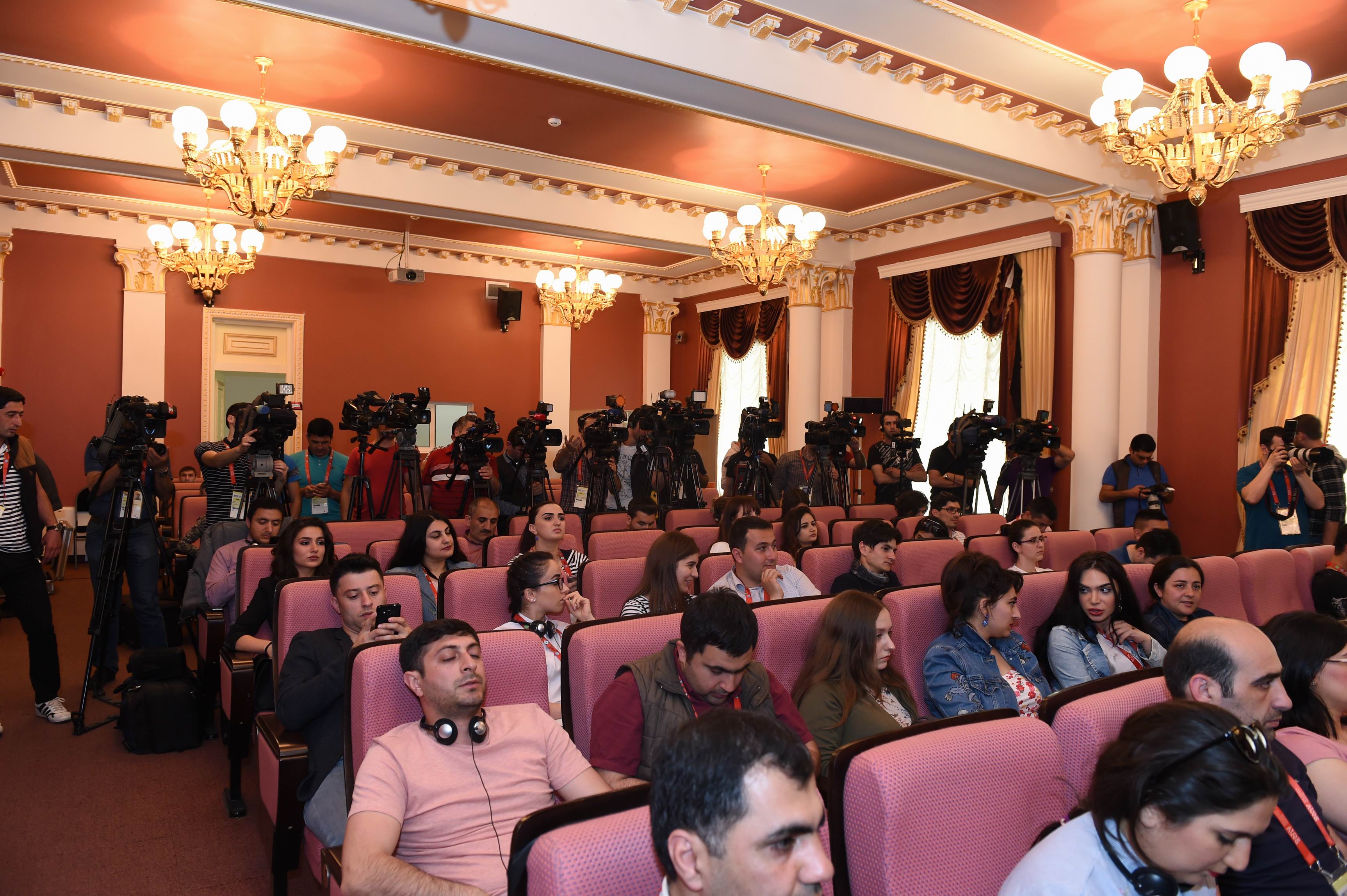 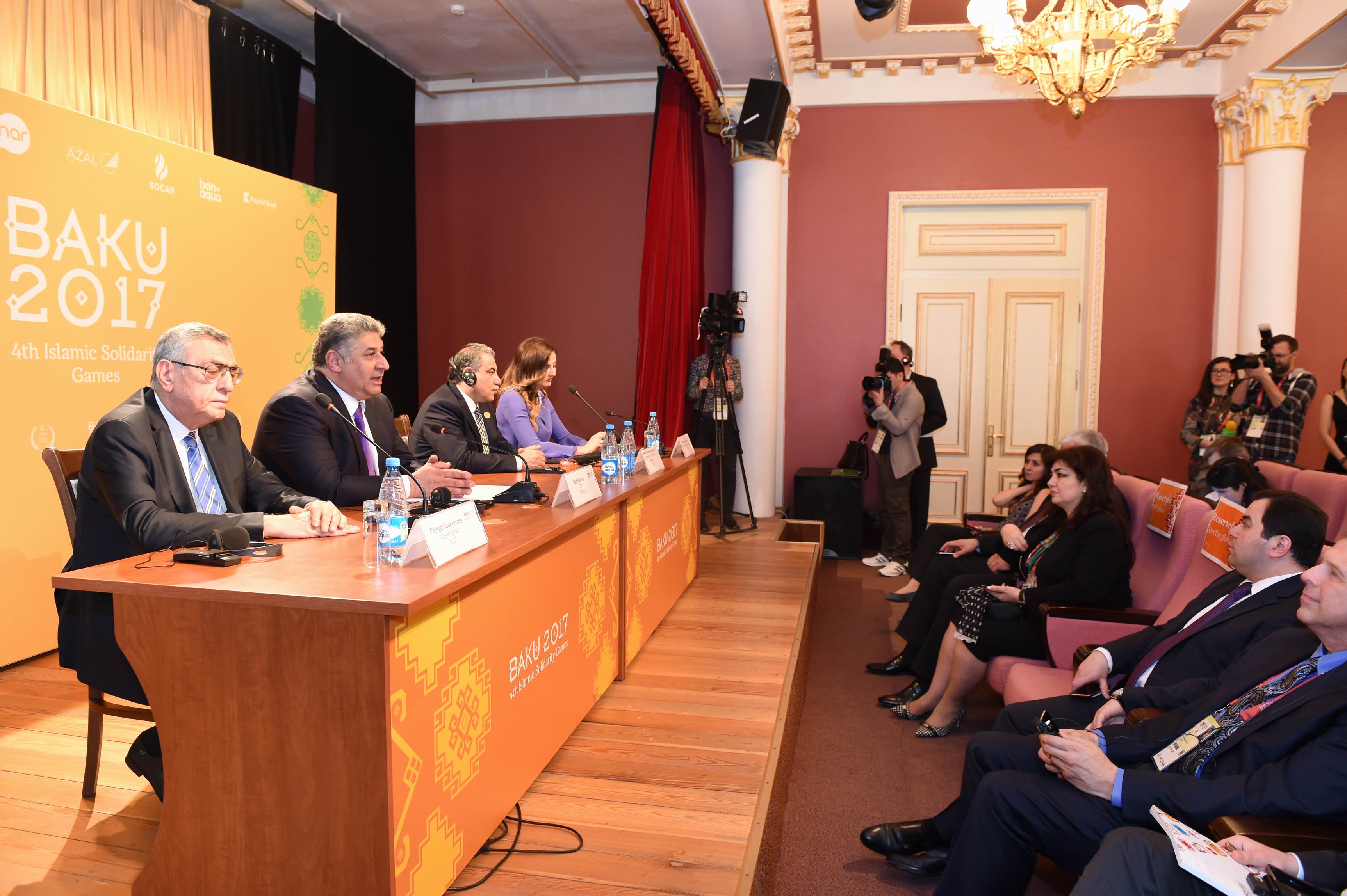 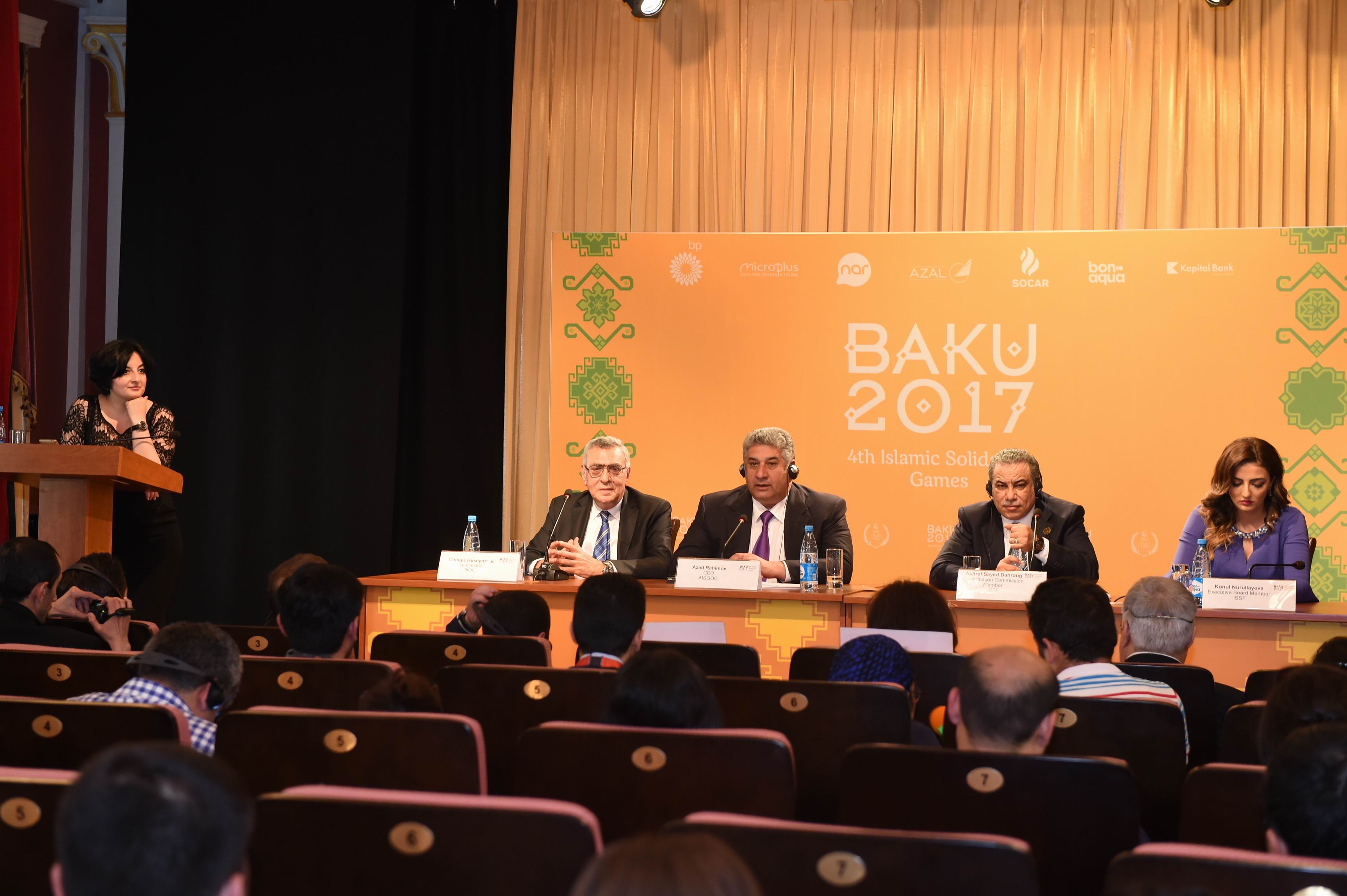