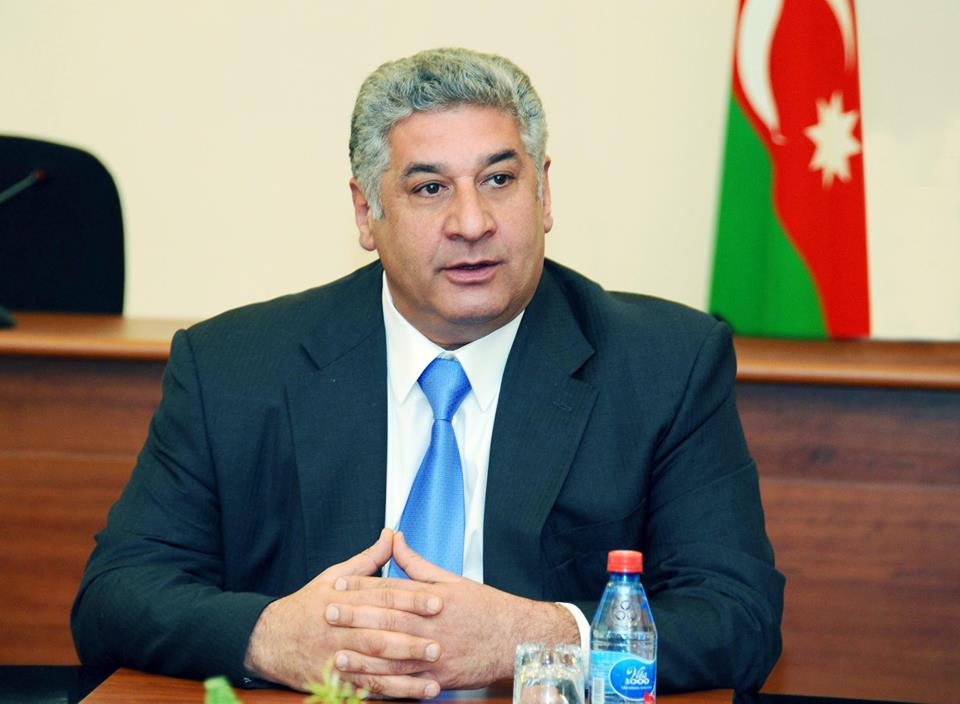 Minister of Youth and Sports of the Republic of Azerbaijan Azad Rahimov is on a visit to Monaco to attend the 10th Peace and Sports Forum.
The main purpose of the Forum is to develop the positive effects of the technology development on achieving the better results by athletes, to protect their physical health and generally to promote the young people in sport. On the last day of the Forum, a meeting of ministers responsible for youth and sports was held. Minister of Youth and Sport of the Republic of Azerbaijan Azad Rahimov summed up the results of the recent years in the field of sports and participated in the meeting, which was attended by the prime ministers of such countries as Brazil, Portugal, Tunisia, Yemen, Qatar, Iraq, Senegal, Sierra Leone, Gabon and other countries.
Rahimov said that the first European Games held in our country in 2015 played a special role in the development and renewal of the sports infrastructure in the capital and regions of the country. Azad Rahimov: "Today, there are sports facilities with all conditions to meet the international standards and hold the most prestigious sports events in Azerbaijan. The Palace of Water Sports, the Baku Olympic Stadium with a capacity of 68,000 spectators, the National Gymnastics Arena, the Shahdag Skiing Complex and other sports facilities are a clear example of what I said. "
Speaking about the protection of athletes' health, the minister informed about the activities of the National Diagnostic and Rehabilitation Institute, successfully operating in our country, the work done by athletes for timely examination and receiving necessary treatment. The Minister also informed the participants of the event about the activities of the Azerbaijani National Ant doping Agency and the Academy of Physical Education and Sports.
Minister Azad Rahimov met with Prince Albert II of Monaco. The minister conveyed the greetings of the President of the National Olympic Committee Mr. Ilham Aliyev to the Prince of Monaco. The Prince expressed deep gratitude for the greetings and asked to convey his greetings to President Ilham Aliyev.
Rahimov also met with the Secretary General of the National Olympic Committee of France, Director of the International Relations Department of the National Olympic Committee of Saudi Arabia and other officials.