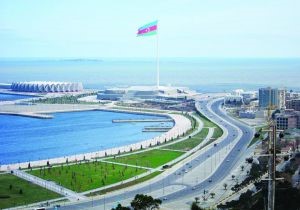 Of course, there will be many more forums. But this event will go down in history as the first forum. We thank the organizers for selecting Azerbaijan as the host country. And we consider this as recognition of the efforts of our government in sport policy, youth policy, in the policy related to active development of our country.
Ilham ALIYEV
President of the Republic of Azerbaijan