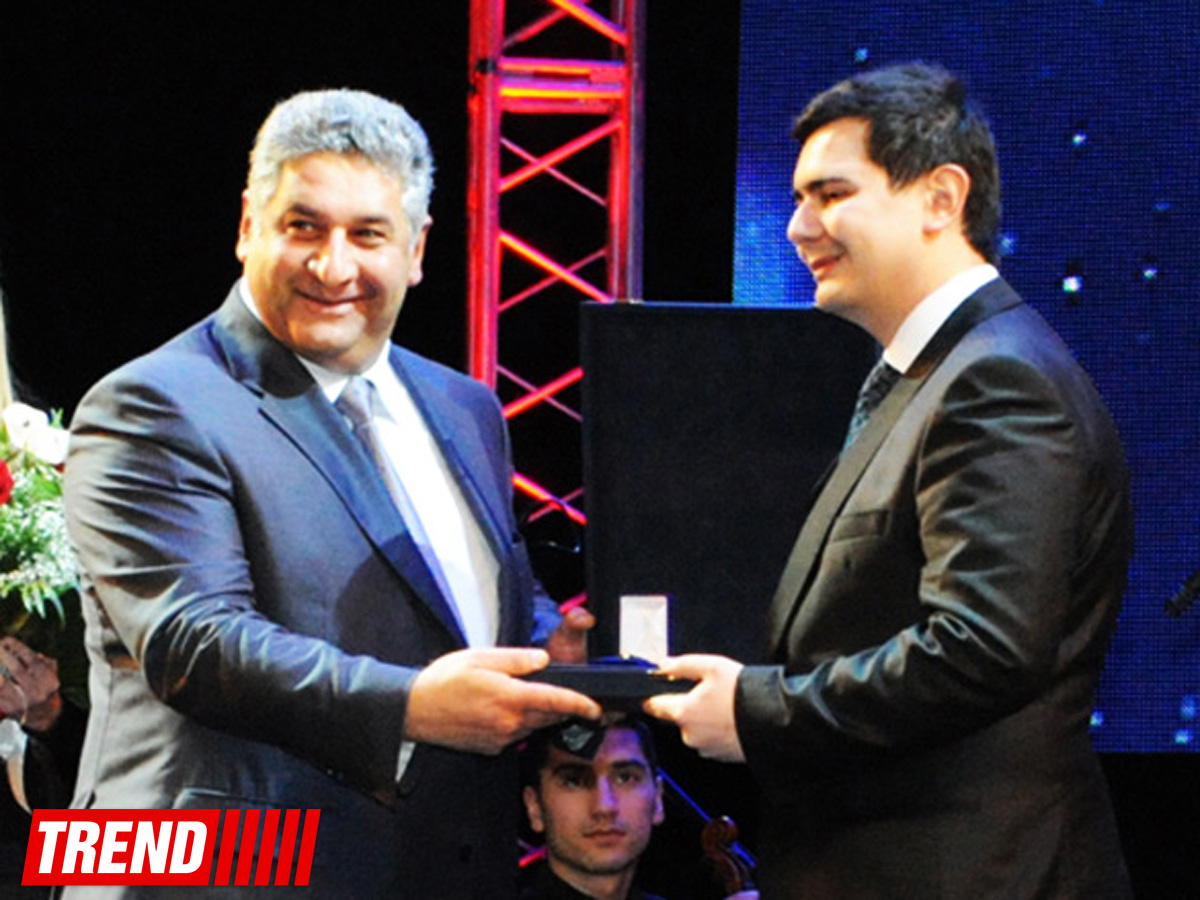 Today, the ceremony of awarding of talented and creative youth was held on the occasion of February 2 – the Youth Day.

According to the ANS PRESS, the event organized by the Ministry of Youth and Sports in the "Buta Palace" was attended by the Head of the Socio-Public Department of the Azerbaijani Presidential Administration Ali Hasanov, Azerbaijani Youth and Sports Minister Azad Rahimov, deputy ministers, heads of youth organizations, active young people and other guests.
First of all, a video tape of reporting nature reflecting the works done and the projects implemented in the field of youth has been demonstrated.
Youth and Sports Minister Azad Rahimov who opened the ceremony, in his speech said that 18 years had passed since the establishment of the Youth Day by the national leader Heydar Aliyev.
A.Rahimov noted that each of these years was remembered for the state care and attention to youth, the young people’s successes: "The year 2014 has passed in a business, rich and successful way. In 2014, the Azerbaijani President's Award for Youth was presented for the first time. The Global Forum on Youth Policies was held in our country. This forum which was attended by more than 700 participants from 165 world countries, proved once again that, like in other areas, Azerbaijan had achieved great success in the field of youth policy."
According to the minister, "Youth Homes" were put into operation in Khazar, Surakhani and Sabunchu districts of Baku, the cities of Nakhchivan and Sumgayit, and Beylagan region: the "Dashkasan Youth Training and Recreation Center" was built and on October 17, the center opening ceremony was held with the participation of Mr. President . Thus, the number of enterprises providing social services to young people has reached 31."
Speaking about the international events held in the country in the field of youth, A.Rahimov noted that international cooperation in this area had expanded. He emphasized that for the first time in the country, festivals were held in the history reconstruction format to acquaint young people with the Azerbaijan's history and culture, as well as the great names of our history.
The minister noted that in 2014, 156 large-scale events were held, of which 34 were the international events.
A.Rahimov added that the process of preparation for the Ist European Games to be held in our country in 2015, successfully continues. According to him, 18 thousand young people will take part in the Games as volunteers.
Later, Hasanov Elnur Latif oglu, Huseynov Seymur Elshad oglu, Khalilov Zafig Zakir oglu, Novruzova Khadija Sahib gizi, Sadikhli Farid Ilgar oglu and Seyidova Jeyla Uran gizi distinguished in the fields of science, culture, education and public service were awarded the President's Award.
Then, Ismayilli region was announced the Azerbaijani youth capital.
Thereafter, the event continued with a concert.