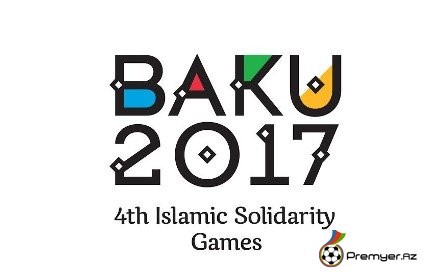 The ceremony of presentation of new logo and brand of the Baku 2017 Islamic Solidarity Games to be held in Baku on May 12-22, 2017 was conducted.
According to Premyer.az, at the presentation ceremony held in the course of press conference for the media representatives, the work of a team of the Azerbaijani logo designers was presented. It was noted that the logo comprises the history, heritage and culture of the Islamic states.
The main topic of the new Baku 2017 brand reflects the contemporary depiction of carpet weaving which is a constituent part of rich cultural traditions of the most of the Muslim countries. The dense color palette reflecting the craftsmanship, culture and centuries-old traditions of the Islamic world was used in the brand.
The elements in the carpet composition symbolize the heritage of Azerbaijan. These elements in an elegant manner comprise the historical images on the rocks of the Gobustan National Park included in the list of UNESCO’s World Heritage, and various sports.
This is the modern depiction of the Islamic culture and sports events to be held in the Islamic Solidarity Games. Note that the design will be depicted on the tickets and uniforms, and will be re-interpreted on the things and places to be sold in association with the Games.
The Azerbaijani Youth and Sports Minister, AISGOC's CEO Azad Rəhmiov said:
"We were pleased to make a presentation of the new brand of the Baku 2017 Islamic Solidarity Games which, along with modernity, reflects the rich cultural history of the world Islamic states. This brand which comprises the history and culture, the past and the future, will play an indispensable role in the further promotion of games among the public."
Note that the new brand was developed within the launch of the renewed official website Baku 2017.
For more information about the new brand of the Baku 2017 Islamic Solidarity Games and the games themselves please see the website: www.baku2017.com
Speech by the Minister of Youth and Sports Azad Rahimov at the "1 year to the start of the Games” press conference