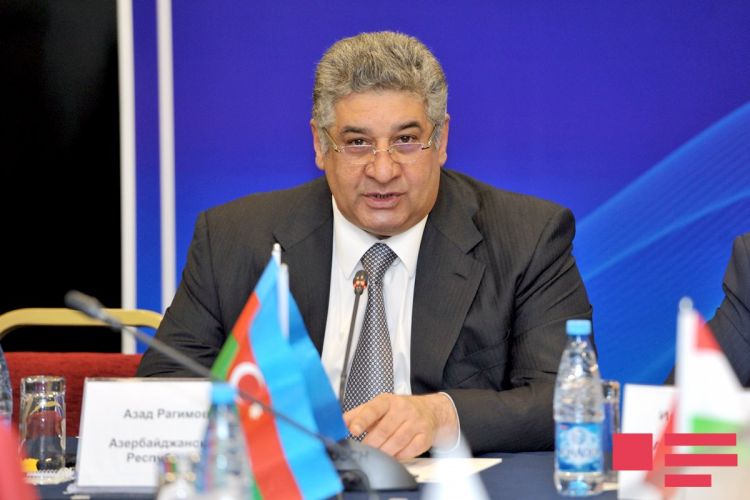 The opening ceremony of Grand Slam tournament was held

Today, the Sports Palace named after Heydar Aliyev hosted the opening ceremony of Judo “Grand Slam” tournament. The ceremony started with bringing flags of the participating countries.
Addressing the ceremony participants with opening speech, the Minister of youth and sports Azad Rahimov said that the most prestigious competitions were held in Azerbaijan with great pride and at a high level. He emphasized that the support rendered to sports and athletes by the head of state Ilham Aliyev caused a great success, and expressed his gratitude to the President.
The minister continued his speech as follows: "The first European Games held last year, became the triumph of Azerbaijani sport. Currently, such competitions as the European U-17 Football Championship, the "Tour d'Azerbaidjan" in cycling and the "Grand Slam", as well as Formula 1 Grand Prix of Europe next month, the World Chess Olympiad in September  and the Islamic Solidarity Games 2017 demonstrated the power of Azerbaijan. I believe that the "Grand Slam" judo tournament will continue the success of our athletes."
Then, the floor was turned over to the official of International Judo Federation Nasser Al Khamimi. He expressed the sense of pride in participation in the Grand Slam held in Baku. Khamimi wished success to the Azerbaijani Judo Federation and the athletes.
In the end of the official part, the President of Azerbaijani Judo Federation (AJF) Rovnag Abdullayev announced the Grand Slam tournament dedicated to the memory of national leader Heydar Aliyev open and wished athletes to win.
Then, the Azerbaijani national anthem was sound and artistic part began. In this part, the compositions reflecting the ancient and contemporary views of Baku have been demonstrated. Processing of dancers dressed in judogi in the “Garabagh” shikasta manner performed by people's artist Mansum Ibrahimov was met by fans with thunderous applause. The artistic part ended by the performance of “Natig” rhythm group and demonstration of various dances.