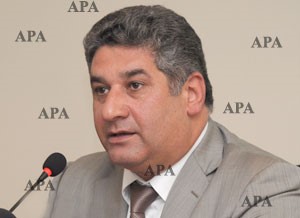 Azad Rahimov: "In the European Games, competitions in 20 sports will be conducted"