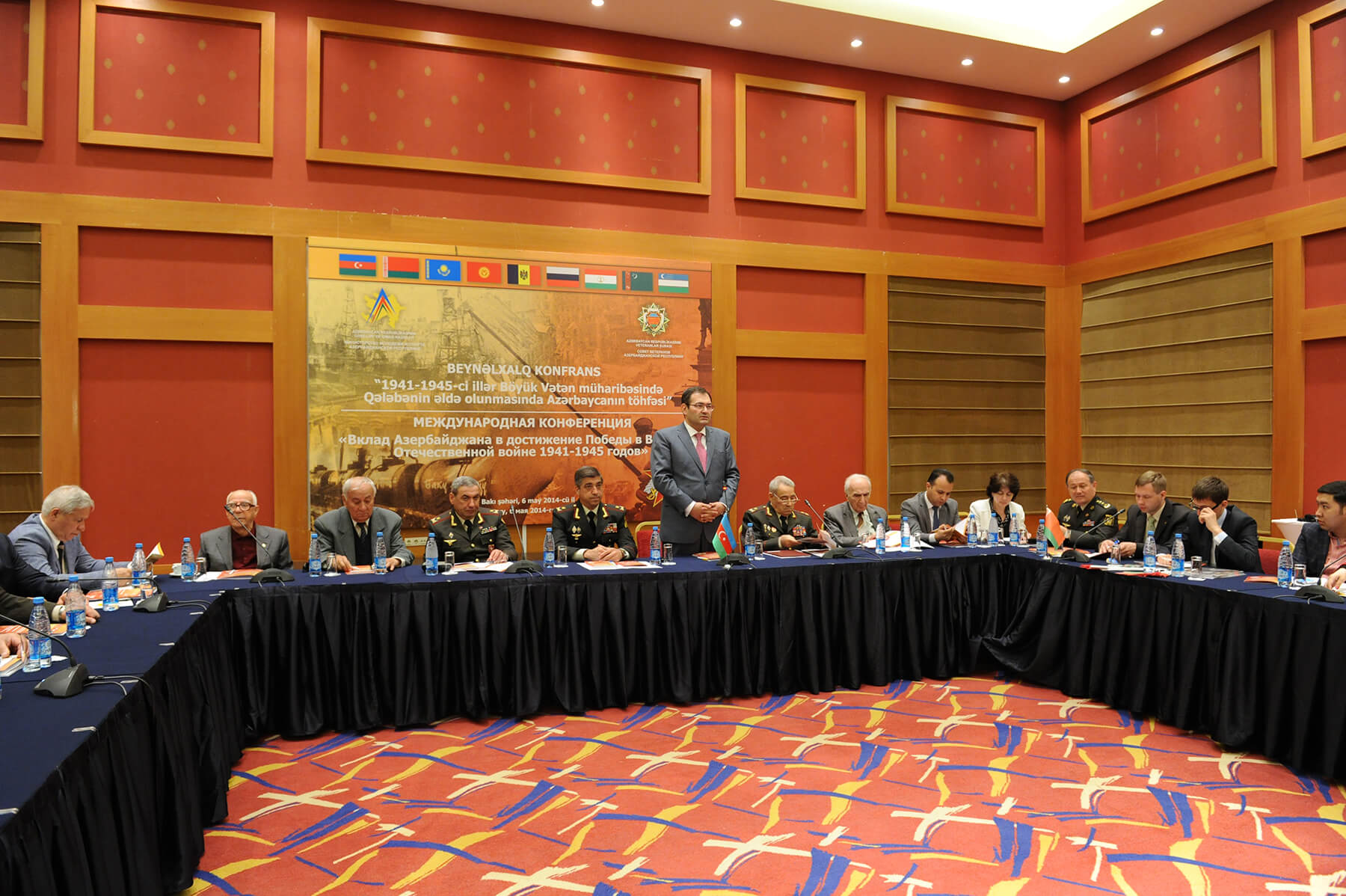 An international conference "The Contribution of Azerbaijan to the Victory in the Great Patriotic war of 1941-1945” was held  on May 5-8, 2014 in Baku by the Ministry of Youth and Sports and the National Veterans Council to implement the paragraph 1.6 of the Plan of Major Events on the preparation to and celebration of the 70th anniversary of Victory in the Great Patriotic War of 1941-1945. The active youth of the Republics of Azerbaijan, Belarus, Kazakhstan, Kyrgyzstan, Tajikistan and Moldova, as well as representatives of relevant government and non-governmental organizations, and veterans have attended the conference.

According to the event program, on May 6, 2014 the official opening ceremony was held in the "Park Inn" hotel after the visiting the national leader Heydar Aliyev's grave in the "Alley of Honor", the “Martyrs' Alley "and the monument to the twice Hero of the Soviet Union, Major-General Hazi Aslanov by the participants. The Deputy Minister of Youth and Sport Intigam Babayev who delivered introduction of the conference, highly appreciated the importance of the event as a tribute to the veterans of the war, and brought to the attention of the participants specific facts of the role of Azerbaijan in the years of the Great Patriotic War. The conference participants who emphasized the importance of such events in general in the strengthening of international relations of youth, and in a wide promotion of the principles of peace, humanism and tolerance, later continued the discussions in sections.