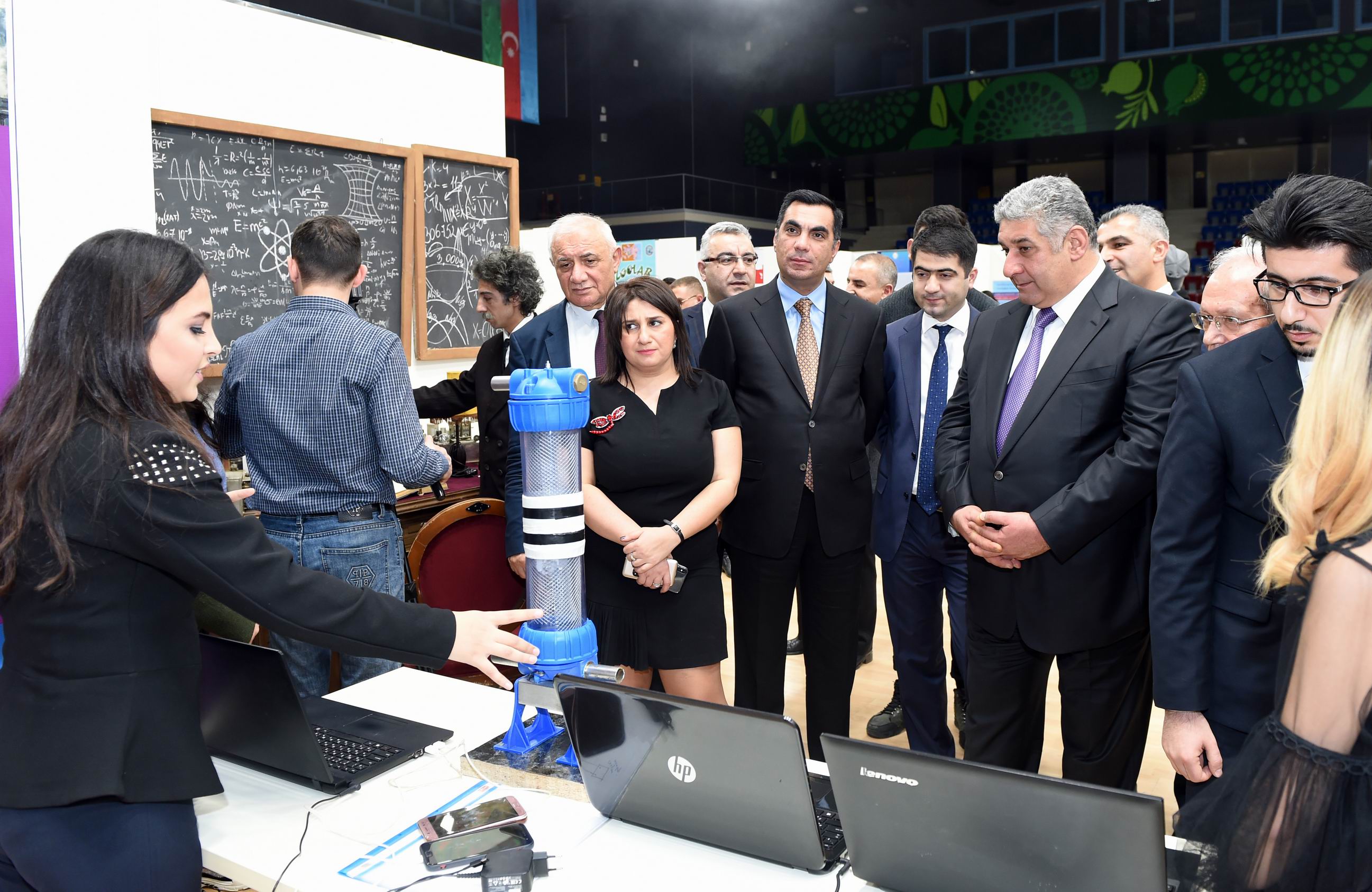 The selection stage of the Republican Scientific and Creative Contest "There is an idea!" has been carried out

Today, the Ministry of Youth and Sports hosted the selection stage of the Republican Scientific and Creative Contest "There is an idea!" was held at the Baku Sports Palace.
The purpose of the contest is to encourage the young people's scientific and creative activity, social initiatives, to create favourable conditions for demonstrating their innovative potential and to encourage them to engage in scientific research.
Citizens of the Republic of Azerbaijan aged 14-29 participated in the contest as an individual or a group of authors. The competition was held in four nominations:
"Technical innovations";
"Ecology, environment and rational use of nature. Innovations in medicine and health;
"Industrial Technology and Industrial Infrastructure. Live systems, transport systems ";
"Social sphere and education".

One hundred eighty-seven projects were presented by different universities, young scientists.
Fourteen winners were awarded with diplomas and various prizes. The total prize fund was 4,000 manats, the winner of the first place in each nomination got 500 manats, the second place was awarded with 300 manats and the owner of the third place gained 200 manats.