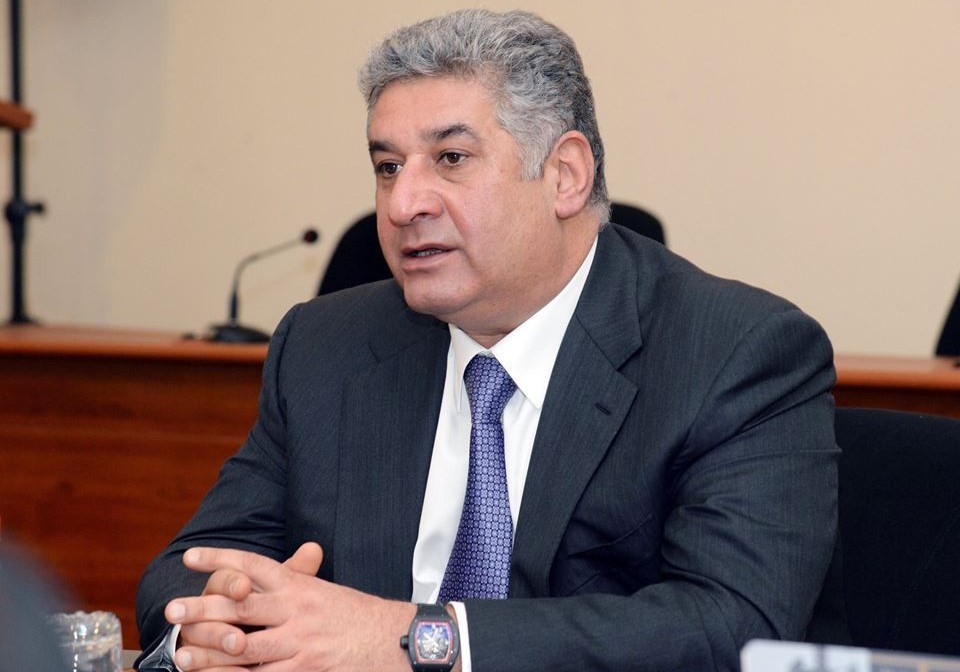 I am delighted to see each of you in Azerbaijan – the Land of Fire - and our wonderful capital city Baku in these early day of Spring - welcome everyone!

Azerbaijan, is a proud sporting nation. But we are not only proud of our athletes' achievements in the global sports arena, but also its ability to host some of the most prestigious sports events in the world.

The youth of our nation grows up in a safe, sound, intellectual way, and with love and a strong loyalty to the homeland is one of the priorities set by the state.

These global events - and dozens of other events that I have not mentioned - are a major factor in increasing the interest of the younger generation in sport, along with the continued promotion of the country and the strong and diverse development of our tourism potential.

Today, 43 Olympic Sports Complexes operate across Azerbaijan. In addition, the world class National Gymnastics Arena, the Baku Shooting Center, Water Sports Palace, iconic Baku Olympic Stadium and other sports facilities - a true and living legacy of the European Games - are used by the general public on a daily basis.

Of course, human beings are at the center of all the plans, every work achieve, and every step taken. If these opportunities for the youth to further increase the level of their education, to freely participate in sports, and to spend their leisure time productively and effectively - there is a foundation for a very bright and healthy future.

Human beings are the world's most valuable asset. Skill, education and overall intelligence - depend neither on a man's social status, religion, nor his race. It is enough that you create conditions for everyone - no matter who they are - and give them a chance for self-realization. To realize their dreams and ambitions.

I can proudly say that hosting the Special Olympics Global Young Leaders Forum, which will take place in Azerbaijan from 24 to 28 September this year, is yet another good example of our nation’s high value and care for people with physical and mental disabilities.

A forum that brings together nearly 300 young and middle-aged representatives from over 30 countries will once again give support to people with disabilities.

The Special Olympic Movement is a movement that brings together mentally and physically disabled people through sports, social services, and creates all conditions for their self-realization, and is the greatest supporter – so they can write their own success stories.

At the forum to be held in Baku this September, young leaders will demonstrate to the world the importance of establishing relationships even in the most difficult and challenging situations and will have a new vision and new approach to the events.

The Special Olympic Movement, to which Azerbaijan has been a member for 25 years, will celebrate its 50th anniversary in 2018. For the first time in 1990, as part of the USSR Special Olympic Committee, our track and field athletes returned to the homeland, winning 5 gold and 1 silver medals at the European championship in Glasgow, Scotland. Over that period, the rise of the results has shown itself, along with the development of the Special Olympic Movement.

Today, about 5,000 (five thousand) people with mental and physical disabilities are engaged in sports in Azerbaijan. Signing of a Memorandum of Understanding on the Special Olympics Global Young Leaders Forum, to be held in Baku in September 2018, is valuable, important and an inspiration for people with mental and physical disabilities. It is something of which we are very proud.

You are the greatest example for everyone with your will, determination and love of life!

Thank you for your attention!